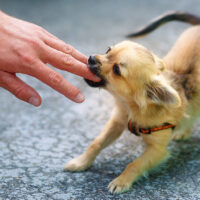 In April of 2013, we reported on the case of a bicyclist who was injured in Central Park when a dog ran into his path (see Man on Bike Collides with Dog Running Free Across Central Park Roadway, posted April 18, 2013 ). The cyclist sued the man who was holding the dog for negligently letting it go when his girlfriend, the dog’s owner, called to the dog from across the roadway while the cyclist was approaching. The court in Doerr v. Goldsmith held that New York law does not allow law for a claim of negligence when a person is injured by an animal. Instead, like cases of “dog bites” and “animal attacks,” such cases are limited to strict liability claims, and the owner is only liable if he or she knew of a “vicious propensity” of the animal.

Less than six months later, we reported on a case where a motorist was injured when he struck a cow which had strayed off the property and wandered onto the road (see Court Reverses Itself Over Cow in Road; Could Dog Bites Be Far Behind?, posted September 27, 2013). In that case, the court which had originally held that only strict liability applied, reversed its decision in Hastings v. Sauve and decided an owner could be liable in negligence when a farm animal was allowed to stray from the property. We wondered then whether this reversal might eventually lead to a reversal in a case like Doerr. While Hastings did in fact lead the courts to rehear and reargue the case, ultimately a divided panel of judges declined to extend the logic of Hastings to domestic animals like the dog in Doerr.

The most recent decision in Doerr v. Goldsmith was handed down June 9th by the Court of Appeals of New York. At first it looked the courts might hold the dog owner and her boyfriend negligent for sending the dog across the road into the path of an oncoming cyclist. How is that different, some justices argued, then if two people are playing catch across a road and negligently throw the ball in front of an approaching bicyclist? In either case, the ball and the dog are merely the instruments of the harm set in motion by human negligence. The dog is not to blame for the accident any more than the ball is.

Although the Appellate Division of the Supreme Court agreed with this logic, the higher court – the Court of Appeals of New York – did not. These judges stuck to their guns and refused to allow a claim for negligence based on the handling of a dog, since dogs are not “domestic farm animals subject to an owner’s duty to prevent them from wandering unsupervised off the farm.” Four out of the seven judges voted against the plaintiff, while three judges dissented and would have had the case come out in favor of the injured cyclist.

Unless and until some change is legislated, it looks like, at least for now, New York dog bite law remains stuck on strict liability and requires proving the owner had knowledge of the animal’s vicious propensity in order to recover damages beyond medical costs, such as pain and suffering. Even where the injury was not caused by an actual bite or attack, if a dog was involved, New York dog bite law applies.