Court Reverses Itself Over Cow in Road Could Dog Bites Be Far Behind? 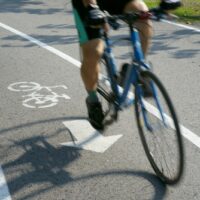 Last April we reported on the case of Doerr v. Goldsmith, where the Appellate Division of the New York Supreme Court refused to hold a dog owner liable for calling her dog to run across a Central Park road, despite a shouted warning from an oncoming bicyclist, who could not avoid colliding with the dog (see Man on Bike Collides with Dog Running Free Across Central Park Roadway). The court’s ruling came close on the heels of its decision in Hastings v. Sauve, where it refused to hold a property owner liable when a cow wandered onto the road and was struck by a motorist, despite evidence that the fence had been negligently maintained. Both cases followed a similar illogic, but it appears the court is now coming around to a more sensible interpretation of the law.

Under New York law, an animal owner is not liable beyond medical costs for injuries caused by the animal to a third party, unless the owner knew or had reason to know of the animal’s vicious propensity, e.g. to bite or attack. However, the two cases cited above really had nothing at all to do with an animal’s vicious propensity. Instead, the court held in Hastings that the owner had no knowledge of the cow’s propensity to wander into the road, and in Doerr the court ruled the owner did not have any prior knowledge of her dog’s “propensity to interfere with traffic.”

The court was clearly uncomfortable with these rulings, but felt compelled to follow the lead of other court decisions in recent dog bite cases, such as Collier v. Zambito and Bard v. Jahnke, which rejected any theory of negligence and focused solely on the “vicious propensity” rule.

Finally, this past May the court changed course by reversing the decision in Hastings v. Sauve, holding instead that a lawsuit involving injury when a farm animal was allowed to stray from the property onto the road may be based on negligence, and not every case involving injury by a domestic animal has to focus solely on the animal’s “vicious propensity.”

The court was careful to limit its decision to large farm animals, leaving out any rule regarding dogs, cats or other household pets. It seems logical, though, that the court’s reasoning in the cow-in-road situation in Hastings would apply equally to the dog-in-road scenario present in Doerr. This ruling should allow for more people to recover compensation when injured because of an animal owner’s negligence, although when the injury involves an attack, for now at least the “vicious propensity” doctrine of New York’s “one free bite” rule still prevails.