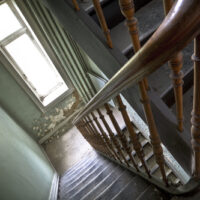 In a slip and fall premises liability case, it is ultimately the responsibility of the injured plaintiff to prove that the defendant property owner either created the danger, or had actual or constructive knowledge of the condition but failed to correct it in a reasonable period of time before the accident happened. However, New York courts are constantly making it clear that this is a job for the plaintiff at trial, and a defendant cannot have a case dismissed before trial just because the plaintiff has not pled all of the facts necessary to win as a matter of law.

For instance, the Supreme Court, Kings County recently denied the defendant’s motion for summary judgment in Morales v. NYCHA. In this case, a person was injured when he slipped and fell down the stairs in a residential building stairwell in Brooklyn, suffering fractures to his elbow, wrist and knees, as well as sustaining head injuries and spinal strain. The injured man sued the New York City Housing Authority, claiming the Housing Authority was aware of a recurring problem of the presence of urine and human waste in the building’s stairwells but failed to take measures to keep the stairwells safe. According to the plaintiff’s position, having actual notice of a recurring dangerous condition amounts to being on constructive notice of any specific occurrence of that condition.

The defendant disagreed and moved for summary judgment, showing it had no actual or constructive notice because it had not received any complaints, and the plaintiff did not show how long the liquid may have existed in the stairwell before the accident.

The court didn’t decide whether having actual notice of a recurring dangerous condition amounted to constructive notice, but the court did hold it raised enough factual questions to prevent the court from granting summary judgment.

According to the court, a defendant moving for summary judgment in a premises liability case must show that it maintained the premises in a reasonably safe condition and did not create the condition or have actual or constructive notice in time to remedy the situation. Although the defendant produced evidence that they had inspected and cleaned the stairwells the day before the accident, the court felt they failed to demonstrate as a matter of law that they were cleaning and inspecting the stairwells often enough to maintain them safely, especially in light of their awareness of the ongoing problem of human waste in the stairwells.

The roles of plaintiff and defendant on a summary judgment motion and the burden to produce evidence supporting their position was also recently discussed by the same Kings County court in another Brooklyn case, this one involving an injury to an infant from a hot tea spill in a 7th Avenue Barnes & Noble (see Timing of Inspections Can Be Critical to Premises Liability Cases, posted November 6, 2013). Again, a defendant cannot win summary judgment by showing plaintiff has not proven its case; rather, the defendant must produce positive evidence showing it is not liable as a matter of law.