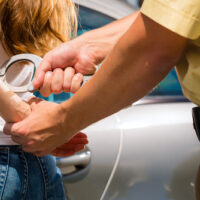 Every time a New York City police officer stops and questions a person on the street, the police department Patrol Guide requires the officer to transfer the individual’s personal information to Form UF-250, the NYPD’s Stop, Question and Frisk worksheet. Since 2006, this information has been compiled into a centralized database, which according to NYPD Commissioner Raymond Kelly is to be stored “indefinitely” and used as a “tool for investigators” in identifying suspects in the future. This practice may violate a New York law which requires that type of information to be sealed.

A class action lawsuit (Lino v. City of New York) was filed in 2010 on behalf of the people in the database, currently at 360,000 and growing, who claim they will be stigmatized and unfairly targeted for criminal investigations. The Supreme Court, New York County at first granted the defendant’s motion to dismiss, but the Appellate Division reversed that decision, so the case may yet get to trial.

Meanwhile, the trial of Floyd v. City of New York has concluded in federal court, deciding the question whether the NYPD stop and frisk policy unconstitutionally urges officers to stop and question people based on their race and without any suspicion that they are involved in criminal activity (see Racial Profiling Argued in Federal Court). If the federal court finds the NYPD practice unlawful, it may order changes in the ways in which stops are initiated and conducted, but it is not likely to end the practice. The question of data collection and use will most likely still be a live issue for the state courts in Lino to decide.

New York City civil rights lawyer Leandros Vrionedes represents people who have had their civil rights violated by the NYPD or other government agencies. If you have been subjected to police brutality, a false or warrantless arrest or other civil rights abuses, contact Leandros A. Vrionedes, P.C. for a free consultation regarding your rights.