NYPD Accused of Racial Profiling in Stop and Frisk 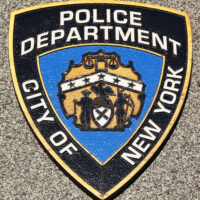 A federal trial concerning the “Stop, Question and Frisk” policy of the New York City Police Department concluded in May, and a decision is expected soon. The two-month trial of Floyd v. City of New York began on March 18 in the United States District Court for the Southern District of New York with opening statements and testimony from the first two witnesses in the case, and concluded on May 20 with closing arguments by the attorneys and a promise from the judge to deliver a prompt decision. Post-trial submissions were due June 12th, so an opinion in the case can be expected at any time.

This class action lawsuit alleges that the NYPD is conducting stops and frisks of minorities based on their race and without any suspicion that they have committed a crime or are about to commit a crime. Although the practice of Stop and Frisk – where the police briefly detain and question a person and conduct a “pat-down” search – has been upheld as legal, there must be some reason to suspect a person of crime before stopping that person.

The stop and frisk of the plaintiff in this case occurred on February 27, 2008, and this case has been years in the making. For a history of the case, click below to read some of the orders and opinions which have been issued along the way:

Lawsuits are often the most effective tool to force a government agency to stop its unconstitutional practices. If you feel that your civil rights have been violated due to a warrantless search, false arrest, excessive force or other type of police misconduct, contact New York City civil rights attorney Leandros A. Vrionedes for a free consultation regarding your rights.