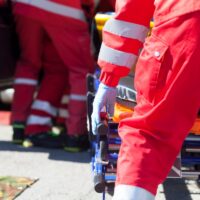 We may have been a bit too hasty in a previous post when discussing the benefits of the novel coronavirus pandemic on traffic safety. While it is true that the number of cars on the road across New York City has dropped dramatically, new traffic safety figures show that somehow, the number of traffic deaths is actually about the same as last year. Keep reading to learn more about this perplexing result. If you or someone you care about has been injured in a car crash in New York City, call an experienced Manhattan car accident attorney.

Shortly after (and even before) the shelter-in-place order was issued, traffic across New York City dropped significantly. No longer needing to commute and having fewer activities to travel to, New Yorkers stayed in their homes and off the roads. The total number of miles traveled by vehicles in the City dropped by an estimated 76 percent in late March and early April. By mid-July, traffic had risen a bit but still remained at less than 30 percent of pre-pandemic levels.

Many people assumed that reduced traffic would lead to fewer car crashes and, in turn, fewer traffic-related injuries and deaths. That hope has not been borne out, unfortunately. From January through July 15, 2020, 103 people were killed by cars across the five boroughs. That figure represents only a nine percent drop from the 113 car crash deaths in 2019, despite the 76 percent drop in the number of cars on the road at any given time.

Interestingly, the number of pedestrian and cyclist accidents is lower this year as compared to last year, having dropped from 74 to 50 for the January through July period. On the other hand, the number of motorcycle and motorcycle passenger deaths has risen to fill the gap, jumping from 39 motorcycle deaths to at least 52 deaths in the first half of 2020.

Safety experts believe that the continued traffic deaths are the result of drivers seeing the empty streets as an excuse to speed rampantly. Even if there are fewer crashes overall, the crashes are deadlier as a result of the increased speeds. In New York, the ratio of fatal crashes to all crashes rose by 167 percent in April 2020 as compared to April 2019. The problem is not unique to New York. In cities across the country, the number of people getting reckless driving speeding tickets jumped significantly during the pandemic, as have the number of traffic fatalities.

If you’ve been hurt in a New York traffic accident and need passionate and talented representation for your claims, contact the Manhattan car crash lawyer Leandros A. Vrionedes for a free consultation on your case at 212-889-9362.

By Leandros Vrionedes | Posted on July 24, 2020
Skip sidebar and go to footer