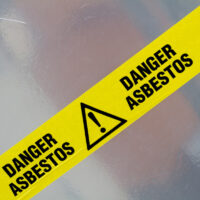 An appellate court in New York recently issued an opinion addressing what constitutes an injury that arises during a policy period, particularly where there may be a significant time difference between exposure to whatever causes the injury and the eventual manifestation of the injury. The case, concerning exposure to asbestos present in the World Trade Center in the 1960s and 1970s, could have implications for many modern premises liability lawsuits beyond just asbestos poisoning, such as injuries stemming from lead exposure. Continue reading for details about asbestos coverage and the World Trade Center insurance policy, and contact a dedicated Manhattan premises liability lawyer with any questions.

The lawsuit entitled American Home Assurance Co. v. The Port Authority of N.Y. and N.J. stems from personal injury claims against the Port Authority due to exposure to asbestos that occurred back in the 1960s and ‘70s. The insurer issued a policy to the Port Authority in 1966 covering the construction of the World Trade Center and related claims. The policy period ran from the construction date until February 1976, with coverage including “personal injury or property damage which arises out of the premises-operation hazard, during the policy period, anywhere.”

The WTC was contaminated with asbestos, leading to many injury lawsuits over the past two decades. In March 2012, the insurer filed the above lawsuit against the insured party, claiming that the original policy does not cover any injuries diagnosed after the policy period (1966 to 1976). The insurer moved for summary judgment, arguing that later-diagnosed injuries did not “arise” during the policy period, and that the claims all come from a single “occurrence” which has a $10 million liability limit under the policy.

Asbestos Injuries Covered Regardless of Time Period for Diagnosis

The trial court denied the insurer’s motion and granted the Port Authority’s motion for summary judgment, finding that under the policy any injury that was caused by asbestos exposure from 1966-1976 counts as “arising out of” the WTC’s operation during that period, regardless of when the injury was actually diagnosed. On appeal, the First Department agreed that the plain language of the policy “means that the policy covers injuries that result from operations that occurred during the policy period.” The appellate court also affirmed that all of the claims connected to alleged exposure to asbestos over the time period did not arise from a “single occurrence” as each plaintiff experienced exposure separately. The appellate court did, however, disagree with the trial court that the insurer had to continue to indemnify the Port Authority beyond the policy’s liability limit; rather, the insurer’s indemnification duties for any damages stemming from liability under the policy are capped by the policy limit.

Insurance coverage often allows for larger and easier payouts to victims of hazardous premises and prevents defendants from going bankrupt or otherwise finding themselves unable to pay damages owed to injured plaintiffs. The appellate court’s decision, reaffirming that an injury “occurs” when it is originally caused and not merely when it is discovered, is a win both for insured parties and for injured plaintiffs.

If you or a loved one has been injured by toxic chemicals in New York buildings, get help seeking damages from a seasoned professional by contacting Manhattan premises liability lawyer Leandros A. Vrionedes for a free consultation at 212-889-9362, or in Queens at 718-777-5895.

By Leandros Vrionedes | Posted on November 21, 2018
Skip sidebar and go to footer