New Laws May Lessen Liability for Emergency Responders Who Cause Accidents 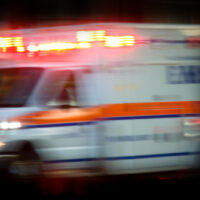 New York Vehicle & Traffic Law section 1104 was enacted to authorize emergency responders to violate certain traffic laws when responding to an emergency and to be exempt from liability for any accidents they cause during an emergency, so long as they were not acting with reckless disregard for the safety of others. However, since the 2011 case of Kabir v. County of Monroe, courts have applied the negligence exemption only if the emergency responders were actually violating the law – such as running a red light or speeding – when the accident happened. This odd interpretation means that police, firefighters, and ambulance drivers are better off if they cause an accident while speeding through an intersection versus obeying traffic laws while responding to the emergency (See Different Standards of Negligence for Emergency Vehicles, posted September 19, 2012 and Police Chase Ends Badly for Innocent Bystanders…, posted May 1, 2013).

In response to the decisions in Kabir, Rodriguez and other opinions (e.g. Fajardo v. City of New York, Gonzalez v. City of New York, Nikolov v. Cheektowaga), members of the New York Legislature have introduced several measures to clarify their intent to only hold emergency responders liable for reckless disregard to safety and not for ordinary negligence when responding to an emergency.

The measures currently active in the legislature include:

These bills have currently been assigned to the Committees on Transportation in the Senate and Assembly. All three measures exempt responders from acts of ordinary negligence but make it clear that they are still liable for accidents if they acted with reckless disregard to the safety of others. However, there would no longer be a double standard that gave more protection when violating a traffic law. The effect on people injured in such accidents is that it may be more difficult to recover compensation from responders held to a higher standard of negligence.