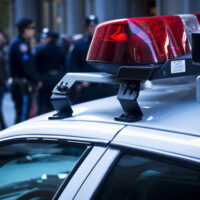 A police chase through New York City streets ended when the car being pursued lost control of the vehicle, striking and injuring two pedestrians. A lawsuit against the City was recently dismissed by the appellate court, citing a New York law giving considerable leeway to police when in pursuit. This law allows police to violate traffic laws while in an emergency situation, and the police are only liable for causing an accident if it can be proved they were reckless, as opposed to the rest of us who are held to the lower standard of ordinary negligence.

In the case of Rodriguez v. City of New York decided last month, the police were pursuing a Buick down Westchester Avenue in the Bronx on icy streets in January 2004. They began pursuing the Buick because they suspected the driver was too young to be driving and because the car had a broken side mirror and defective brake light. The cars sped through a couple of stop lights during the chase. Testimony indicates the Buick was going as fast as 50 mph when the driver made a left turn on Bryant Avenue, lost control in a skid and struck two pedestrians on the sidewalk. The injured pedestrians sued the City as well as the driver of the Buick.

At trial, the City argued that the police were covered by Vehicle and Traffic law section 1104 and that they were not driving recklessly, so the case should be dismissed. The court disagreed, finding issues for the jury to decide whether the police were actually engaged in an emergency operation and whether they were reckless in their pursuit. The appeals court reversed, deciding that any pursuit of an actual or suspected violator of the law is an emergency operation and that there was no evidence offered that the officer was driving recklessly. But the testimony suggests that the officer may have been driving as fast as 50 mph on icy city streets. Is that not at least a question for the jury whether such driving was reckless under the circumstances? Apparently not, according to the appeals court decision.

As noted last year in Kabir v. County of Monroe, the reckless disregard standard only applies when the police are responding to an emergency AND violating traffic laws. If the vehicle is obeying traffic laws while responding to the emergency, the officer is held to an ordinary negligence standard. Oddly, police who drive recklessly during an emergency receive more legal protection than officers who drive with more care and concern for the general public even while pursuing suspected traffic violators.

Get Effective Legal Help with Your Auto Accident Injury