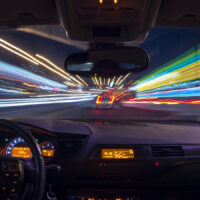 A two-car accident occurred on April 17, 2012 between a 2002 Nissan Altima Hybrid and a 2002 Ford Explorer on Linden Boulevard near the intersection of Linden and Church Avenue in Brooklyn. There were differing versions of who caused the accident, but the two passengers in the Altima sued both drivers for negligence in causing their injuries. In addition, they also sued Donlen Corp. and Zipcar. Zipcar is a membership-based car-sharing company that provides short term car rentals to its members. Donlen Corp. was the owner of the Altima who leased it to Zipcar, who in turn allowed the Altima to be driven by one its members.

Both Donlen Corp. and Zipcar moved to dismiss the complaints against them. The Supreme Court, Kings County, dismissed the claims in the case of Moreau v. Josaphat. The plaintiffs had sued Donlen Corp. and Zipcar under the authority of New York Vehicle and Traffic Law section 388, which makes a vehicle owner liable for injuries resulting from negligence of any person operating the vehicle with the owner’s permission. The plaintiffs also alleged that Donlen and Zipcar were themselves negligent, either by providing a vehicle with defective brakes or by negligently maintaining the vehicle.

Zipcar and Donlen raised the Graves Amendment as a defense. The Graves Amendment (49 USC 30106) is an amendment to the federal Safe, Accountable, Flexible, Efficient Transportation Equity Act: A Legacy for Users (SAFETEA-LU). This law prohibits claims for vicarious liability against automobile rental companies. Under the law, a lessor of a vehicle cannot be held vicariously liable so long as it is “engaged in the trade or business of renting or leasing motor vehicles” and there is no negligence or criminal wrongdoing on the part of the owner.

A question for the court was whether a Zipcar Membership Contract is more like a rental agreement (Graves immunity) or more like a vehicle sharing program for a members-only organization (no Graves immunity). The court relied on an earlier case from Queens County which found Zipcar to be in the business of renting cars, notwithstanding its description of itself as a car-sharing service. Renting or leasing is the transfer of the right to possession and use of goods for a period of time in return for payment, and this situation accurately describes transactions between Zipcar and its members.

Since Zipcar is a car rental company within the meaning of the Graves Amendment, and the plaintiffs could not produce any evidence that Zipcar was negligent in providing or maintaining the Altima, the court dismissed the case against Zipcar and Donlen Corp. The injured plaintiffs may still proceed in their case against the drivers of the Altima and the Explorer.