Where Notice of Claim is Required, Late Notice & Typos Can Jeopardize Your Civil Lawsuit 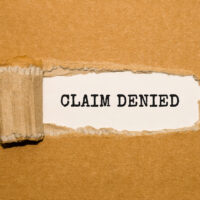 In Lastihenos v. The Town of North Hempstead, a woman fell and was injured while walking on a sidewalk near Mitch & Toni’s American Bistro in Albertson, NY. In late November 2012, she served notices of claim to the Town of Hempstead and Nassau County. In December 2012, the plaintiff served a notice of claim to the Town of North Hempstead after discovering the wrong town was served. The incident occurred on August 28, 2012, but each notice of claim incorrectly stated April 18, 2012.

When it comes to civil lawsuits against state and local governments, meeting deadlines is extremely important. Under General Municipal Law Section 50-i, a notice of claim is required to begin a civil lawsuit for personal injury against the local government. If the notice is not served within 90 days of the incident, the case may be dismissed.

The Court agreed with Nassau County and the Town of North Hempstead and denied the plaintiff’s motion.