What Is Considered a Serious Car Accident? 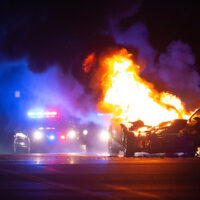 If you’ve been hurt in an automobile accident in New York, you can get a portion of your medical bills paid for through your no-fault car insurance policy. New York is one of 13 states with no-fault car insurance. This means that it does not matter who was at fault for the accident; the no-fault insurance company that covers your vehicle will pay for medical bills and even a percentage of lost wages after an accident.

In some instances, you may be able to obtain additional compensation for your injuries, including for your and pain and suffering and other losses. In order to go above the compensation paid out by your no-fault insurance for your medical bills and other losses, your case needs to meet one of the two conditions:

What Is a Serious Injury?

The threshold for a serious injury in New York is well-defined. According to New York State Insurance Law §5102(d), if you have suffered the following after an injury, you are able to claim a serious injury:

Even with these defined guidelines, it can still be tricky to understand whether or not your injury constitutes a serious injury. For example, determining If an injury constitutes a significant disfigurement can be rather subjective. However, courts generally regard significant disfigurement as any injury that is “unattractive, objectionable or the subject of pity or scorn.” Litigation often becomes necessary when the insurance company disputes that a serious injury occurred.
Filing a Personal Injury Lawsuit Following a Serious Injury

If you did suffer a serious injury as defined in the law, you may be able to step outside the no-fault system and sue the at-fault driver for all your damages, including pain and suffering via a personal injury lawsuit. In order to do this, however, you must be able to prove that the driver was negligent. The following must be true when determining negligence and filing a personal injury lawsuit in New York:

Outside of the 13 States including New York where there are no-fault rules, personal injury lawsuits only require that you show a defendant’s negligence and their negligence caused your injury. New York, however, requires that plaintiffs also prove that the defendant caused them an injury that surpasses the serious injury threshold.

Exceptions to the Serious Injury Threshold

If you are involved in a motorcycle accident, then your injuries are not covered by the state’s no-fault law or serious injury threshold. In this case, you could sue an at-fault party for damages related to your injury such as:

If you suffered a serious injury following a car accident, it’s important to have legal representation you can count on. Speaking with a New York City accident attorney can help you determine whether your injuries meet the serious injury threshold. If they do, an experienced attorney can help you navigate a personal injury lawsuit so that you receive the compensation you deserve. Contact the law offices of Leandros A. Vrionedes P.C. today to schedule a consultation on your case.

By Leandros Vrionedes | Posted on December 22, 2022
Skip sidebar and go to footer