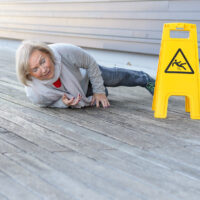 The legal world is full of curious and antiquated terms, and one of the most curious has got to be “spoliation.” While it’s a silly word, it’s a serious concept. “Spoliation” refers to when parties to a lawsuit either deliberately destroy or fail to preserve evidence that they know will be relevant to an ongoing or soon-to-be-filed claim. In certain circumstances, spoliation can destroy an injured party’s claim, so when a litigant can show that their opponent had evidence relevant to the case — typically evidence that would have been bad for their chances of winning – but destroyed it, judges have the power to issue stiff sanctions. The decision in the case of Dzidowska v. Related Cos., LP, recently issued by New York County Supreme Court Judge Cynthia Kern, described an incident of spoliation, and included a penalty on those who were found to commit it.

The opinion was based on a trip-and-fall in a chronically-malfunctioning elevator. Plaintiff Barbara Dzidowska was on her way to her job working for a resident of a Manhattan high-rise called The Strathmore when the elevator she was entering jumped up several inches, tripping Dzidowska, who fell into the elevator. Within a few days of the accident, Dzidowska and her employer approached building management, provided by The Related Companies (“Related”), to request security camera footage from the elevator. However, management would not provide it. Several days after that, Dzidowska sent a letter formally requesting that Related preserve any video footage recorded on the day of the accident until formal discovery could be ordered by the court in association with a lawsuit. When Dzidowska eventually filed a lawsuit and requested the security camera footage through the discovery process, Related produced only a 27-minute video from the Strathmore’s lobby recorded at the time of the accident, and none from the camera within the elevator itself, nor any from before the accident occurred in the lobby. Additionally, while Dzidowska requested a complete copy of the building’s log book from the months surrounding the accident, Related produced only the narrow portion from the day of the accident itself, and claimed not to be able to find the rest. After a contentious fight before the judge, Related eventually produced the remainder of the log book, but never produced the requested video footage.

Building owners have a duty to residents and visitors to keep their elevators working safely. However, there are still circumstances where the owners might not be responsible for injuries caused by a malfunctioning elevator. In order to prove liability for an elevator accident against a property owner, the injured plaintiff must show that the owner knew or should have known that the elevator was malfunctioning, or failed to notify their elevator maintenance company of a known problem with the elevator. This makes evidence like a log book and video surveillance footage very important to proving a claim for damages. Log book entries could offer crucial evidence about whether or not the building had received complaints about a malfunctioning elevator, and when the repair company had last visited the building to address those complaints. Additionally, video footage could show whether other residents had experienced the jumping elevator problem, and whether building staff had seen the elevator malfunction for themselves, but still failed to contact the repair company.

In this case, the judge concluded that Related’s failure to preserve the video footage was sufficiently bad behavior to warrant the imposition of sanctions. Specifically, the court ordered that, at trial, the judge or jury would be able to make a “negative inference” based on the absence of video evidence. Essentially, this means that the judge or jury can assume that the evidence that was destroyed or withheld would have supported the plaintiff’s claims, rather than the defense.

If you have been injured and need skilled, resourceful legal assistance to recover the compensation you’re owed for your injuries, contact the experienced New York personal injury attorney Leandros A. Vrionedes for a consultation on your case, in Manhattan at 212-889-9362, or Queens at 718-777-5895.

By Leandros Vrionedes | Posted on March 3, 2016
Skip sidebar and go to footer