Strapped to a Chair and Tasered 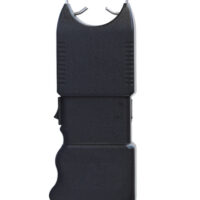 “The right of the people…to be secure in their persons…against unreasonable seizures, shall not be violated…” – U.S. Constitution, Fourth Amendment

The test for determining whether or not the police used excessive force when taking someone into custody boils down to the question of whether the force used by the police was “reasonable” under the circumstances. On March 21st, the Appellate Division of the Supreme Court of New York, First Department, substituted its own judgment for that of a jury’s, and decided that the police were acting reasonably when they used a Taser on a man who was at the time handcuffed (and perhaps anklecuffed as well) and strapped to a chair.

A taser is a particular type of stun gun that delivers an electroshock, incapacitating the receiver of the shock by disrupting their voluntary control of their own muscles. Although touted as a form of nonlethal force, much controversy exists over the use of tasers, and their use has been thought by some to be implicated in hundreds of deaths.

The recent case of Pacheco v. City of New York began when a woman called 911 because her boyfriend was suffering seizures. Several emergency responders answered the call, including two police officers. According to the police, the man became uncooperative and violent when told he would have to go the hospital. In an attempt to subdue the man, police and the other responders handcuffed him and strapped him across the lap and chest into an EMT transport chair. While still reacting violently in this state (kicking and biting), the police subdued him with a taser, after which he was transported to the hospital in an ambulance.

According to the plaintiff and his girlfriend, however, Mr. Pacheco’s “violent” actions were actually just manifestations of the seizure he was having. A jury evidently felt that the tasing was unreasonable, as they awarded $2 million to Mr. Pacheco in his excessive force lawsuit. The Appeals Court reversed the judgment, however, and dismissed the complaint, holding that it is reasonable to taser an “emotionally disturbed” person so that he can be hospitalized. The court decided it should give deference to the police who have to make “split-second” judgments about using force, although it is hard to understand how that applies here to a man who was handcuffed and strapped to a chair before being tasered.