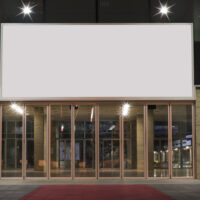 The New York Appellate Division, First Department recently upheld a decision denying a motion to dismiss a claim for injuries resulting from a slip-and-fall in a theater. The court, which covers New York County (Manhattan) and the Bronx, concluded that sufficient questions of fact existed to support the claim going forward to trial.

At the center of Sada v. August Wilson Theater is plaintiff theatergoer John Sada. Sada attended a show at the August Wilson Theater, and during the show’s intermission, left the theater. When he returned 15 minutes later, he slipped and fell on a wet staircase and was injured. Sada filed a claim against the theater for his injuries. The owners of the theater filed a motion to dismiss the complaint. They argued that, even though they had been responsibly maintaining the theater, they had no opportunity to discover the dangerous condition on the staircase, and thus could not be held liable for Sada’s resulting injuries.

Succeeding on a slip-and-fall claim requires that a plaintiff be able to prove several factors. The injured plaintiff must show that some hazardous condition existed on the defendant owner’s property, such as a puddle of water or tripping hazard. The plaintiff must also show that the owner had actual notice (i.e., knew that the hazard existed), or constructive notice (i.e., would have known that the hazard existed had they not been negligent in maintaining the property). Finally, the owner must have had an opportunity to repair or warn others of the hazard in the time between receiving notice and the plaintiff becoming injured in order to impose liability. Owners often present evidence that they had recently conducted maintenance on the area where the hazard appeared. This is intended to show that the hazard arose too quickly before the plaintiff was injured for even a responsible owner to have had an opportunity to prevent the accident.

In the case before the First Department, the theater owners failed to convince the judge that they were not negligent. The court noted that the theater owners had presented only evidence of their regular maintenance schedule, and no evidence that they had performed regular maintenance on the day of the accident. While this would have been enough to defeat the owners’ motion for early dismissal, the court also noted that the plaintiff presented evidence that he notified an usher of the water on the stairs before he left for intermission. This would be evidence that the theater had actual notice of the hazard, with 15 minutes in which to fix the issue before the accident ultimately occurred.

If you or someone you love has been injured in a New York slip-and-fall accident on someone else’s property, seek the compensation you’re owed for your injuries by contacting the knowledgeable and dedicated personal injury lawyer Leandros A. Vrionedes for a consultation on your case, in Manhattan at 212-889-9362, and in Queens at 718-777-5895.

By Leandros Vrionedes | Posted on July 11, 2016
Skip sidebar and go to footer