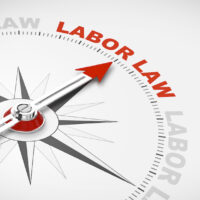 The claim of a worker injured in a slip-and-fall accident that occurred on the job will now be permitted to seek damages for his injuries in a lawsuit based on Labor Law § 241. Learn more about the worker’s claim below, the walkway rules for slip and fall cases, and contact a Manhattan injured worker attorney if you’ve been hurt on the job in New York’s construction industry.

The recent opinion was issued in the case of Quigley v. Port Authority of New York and New Jersey. The employee, Thomas Quigley, slipped on pipes that had been stacked right outside the door to the shanty on his job site. Quigley filed a claim under New York Labor Law § 241 (6). This statute allows employees involved in “construction, demolition, and excavation” to seek money damages from their employers when they’re hurt on the job if the employer’s violation of a section of the New York Industrial Code caused their injuries. In this case, Quigley claimed that his employer had violated New York Industrial Code § 23­1.7(d), which states that employers should not allow or permit workers to use a “floor, passageway, walkway, scaffold, platform or other elevated working surface which is in a slippery condition.” Quigley also claimed that the employer had violated Industrial Code § 23­1.7(e), which requires employers to keep passageways clear of slipping hazards. Finally, Quigley included a claim for negligence under Labor Law § 200, arguing that his employer knew or should have known about the slipping hazard that the pipes posed and removed the hazard.

The defendant employer filed a motion to dismiss the plaintiff worker’s claims, and while the trial court granted the motion to dismiss Quigley’s §241(6) claims, the Appellate Division disagreed and reinstated the claim based on § 23-1.7(d). The court explained that the doorway to the shanty would not be considered a “passageway,” as that implied a long, narrow, internal way of passage, such as a hallway connecting disparate sections of a building. However, since the workers on Quigley’s site regularly crossed through the area near the shanty to access tools and other equipment, this area could be considered a “walkway” that should have been kept clear of slipping hazards.

If you’ve been hurt on the job in New York and need seasoned and aggressive representation of your claims, contact the Manhattan construction site injury lawyer Leandros A. Vrionedes for a consultation on your case, at 212-889-9362.

By Leandros Vrionedes | Posted on February 7, 2019
Skip sidebar and go to footer