Releases of Liability Limited Only to Those Named in the Release 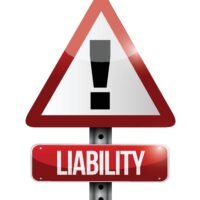 A recent opinion from the New York Appellate Division, First Department, took a look at what claims are and are not covered by a release of liability. The court’s decision – covering New York County (Manhattan) and the Bronx – shows that releases of liability are not always as broad as they may first appear. This case shows that it pays to find an experienced and detail-oriented personal injury attorney who will carefully review any contracts or releases you’ve signed to determine whether you’ve truly waived any right to seek the money damages you need.

The case in question is Linn v. New York Downtown Hospital. In this case, Kenneth and Hadassah Diaz Linn had filed claims against the Cabrini Center for Nursing and Rehabilitation. Dr. Viorel Nicolescu was a private attending physician working at Cabrini. The Linns had agreed to settle their claims against Cabrini in exchange for a $25,000 payment. As a condition of accepting this payment, the Linns were required to sign a release of liability, agreeing that they would not take any further legal action against Cabrini, Cabrini’s insurer, and the nursing home’s “agents, servants, employees, and staff” from “all . . . actions, causes and causes of action . . . which against [Cabrini] the plaintiffs ever had[.]”

Subsequently, the Linns filed a lawsuit against Nicolescu individually. The physician sought to dismiss the claims against him, arguing that the release of liability that the Linns had previously signed also barred claims against him as an individual. The trial court disagreed and denied Nicolescu’s motion. The doctor appealed this decision, but the Appellate Division sided with the trial court and again denied Nicolescu’s motion to dismiss.

In its opinion the Appellate Division described the importance of limiting the impact of a release of liability to only those people or companies that the parties intended to release from future legal responsibility. Quoting prior cases, the court wrote, “[t]he meaning and extent of coverage of a release necessarily depend[s], as in the case of contracts generally, upon the controversy being settled and upon the purpose for which the release was actually given. . . . A release may not be read to cover matter which the parties did not desire or intend to dispose of.” In this case, the justices noted that, while it is up for debate whether a private attending physician such as Nicolescu could be considered staff at all, the release clearly states that the parties intended to prevent the Linns from filing any future claims or causes of action against Cabrini, not against separate individuals who caused them injury independently of those caused by the nursing home. The court reasoned that allowing Nicolescu to escape personal liability through a release of Cabrini’s liability would be unfair to the Linns, going against their assumption that they were releasing claims only against the party with whom they were negotiating a settlement, and not totally separate parties.

If you or a loved one has been hurt in an incident of medical malpractice or nursing home negligence in New York, ensure that you receive the full compensation you’re due for your medical expenses and pain and suffering by contacting the skilled and determined New York personal injury lawyer Leandros A. Vrionedes for a consultation on your case, at 212-889-9362 (Manhattan), or 718-777-5895 (Queens).

By Leandros Vrionedes | Posted on June 20, 2016
Skip sidebar and go to footer