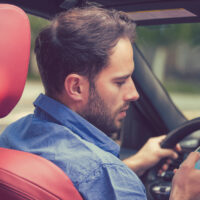 A new report compiled by the New York Health Department sheds light on the driving habits of New Yorkers, comparing the habits of certain demographic groups with those of national averages, in part to understand the impact of Mayor DeBlasio’s Vision Zero on the safe driving habits of New Yorkers. The report was released as lawmakers in the state capital consider making New York the first state to adopt the textalyzer for use after a crash.

Bill would authorize analysis of phones of those in a crash

Curbing distracted driving is difficult in part because drivers are rarely caught in the act of texting. Some safety experts estimate that whether a crash was texting-related is highly underreported, since it is so easily concealed. In an effort to more accurately identify and punish drivers who cause crashes due to texting while driving, New York lawmakers have put forth a bill that will allow police officers to analyze driver’s phones after an accident with a device known as the textalyzer.

The textalyzer can identify whether a phone had been in use at the time of a crash, purportedly without reading the contents of a phone. The law would allow New York police officers to analyze the phone of any individual involved in a crash, no matter how serious, to determine if they were using their phone when they crashed. While the bill has support from both Republican and Democratic lawmakers, some have expressed concerns that allowing law enforcement to have access to a driver’s phone without requiring any suspicion of wrongdoing would violate constitutional privacy concerns. The bill was passed by the State Senate Transportation Committee in March and is currently under consideration by the larger body of legislators.

If you or someone you love has been injured in a crash with a distracted driver, get help recovering the damages you’re owed by contacting the aggressive and dedicated New York City personal injury lawyer Leandros A. Vrionedes for a consultation, in Manhattan at 212-889-9362, or in Queens at 718-777-5895.

By Leandros Vrionedes | Posted on May 10, 2017
Skip sidebar and go to footer