Potential Liability for Owner and Mechanic Shop in Accident 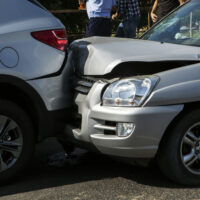 An accident at an intersection in Rockaway Beach seemed straightforward enough on its face; a car failed to stop at a stop sign and collided with a car that had the right of way and was traveling through the intersection. Upon closer inspection, however, the case becomes much more complex. The Second Department of the New York Appellate Division recently ruled that the injured plaintiff’s claim against both the owner and the driver of the at-fault vehicle could move forward toward trial.

The events behind the case of D’Augustino v. Bryan Auto Parts all started when defendant and vehicle owner Dennis Boyle brought his car to an auto repair shop for a New York State DMV inspection. Boyle handed over his car keys, and Samuel Rattray, one of the shop’s employees, headed out to the car to drive it into the shop. Along the way, Rattray encountered an intersection where he was required to stop but cross-traffic was not. According to later testimony, when Rattray hit the car’s brakes, the pedal “went to the floor.” Rattray pumped the brake pedal, “10, 15, 20 times,” but could not get the vehicle to stop. He hit a vehicle then traveling through the intersection, being driven by the plaintiff Nicolina D’Augustino. D’Augustino was injured in the crash, exacerbating pre-existing injuries to her spine and shoulder.

Emergency doctrine prevents liability in some cases, but acts still must be reasonable under the circumstances

D’Augustino and her husband filed a lawsuit against Boyle, Bryan Auto, and Rattray. Bryan Auto and Rattray filed a summary judgment motion seeking to dismiss the claim. They argued that the emergency doctrine protected them from facing liability for D’Augustino’s injuries in the accident. The opinion explained that, under the emergency doctrine, a defendant who is facing a “sudden and unexpected circumstance” that doesn’t allow much time for them to think through their best course of action cannot be held liable for any resulting injuries if the actions they took were “reasonable and prudent in the emergency context.”

Since the auto repair shop and the car’s driver claimed that the brakes failed suddenly and completely, they bore the responsibility of proving that the problem with the brakes was entirely unanticipated. In this case, the court ruled that Bryan Auto and Rattray hadn’t shown that the emergency doctrine applied. The judges reasoned that the auto shop and driver would’ve needed to prove both that they received no warning of the brake problem, and that entering the intersection and hitting D’Augustino’s car was Rattray’s only reasonable option in that moment. Ultimately, the Appellate Division concluded that they had failed to meet this burden, and ruled that a claim against them could proceed toward trial.

If you’ve been injured in New York and need knowledgeable and skilled legal representation to help you recover what you’re owed, contact the Manhattan law offices of Leandros A. Vrionedes for a consultation on your claim, at 212-889-9362, with offices in Queens at 718-777-5895.

By Leandros Vrionedes | Posted on July 27, 2017
Skip sidebar and go to footer