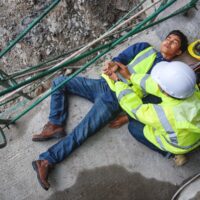 The New York Committee for Occupational Safety and Health (NYCOSH) recently released its annual report on construction fatalities. The report, entitled “Deadly Skyline: An Annual Report on Construction Fatalities in New York State,” analyzed newly-available workplace injury data from 2020 to evaluate the rate and risk of construction industry fatalities. The findings were not positive.

The report from NIOSH made a number of additional findings beyond the general fatality rates. NIOSH found that Latinx workers were disproportionately affected by safety issues, accounting for 18% of all construction worker fatalities even though they account for only 10% of the state’s population. NIOSH further emphasized that non-union construction sites are significantly more dangerous for workers, accounting for 79% of all workplace fatalities. The report did not include deaths caused by workplace exposure to COVID-19 or other occupational illnesses.

The report also found that enforcement of safety standards was scaled back during 2020. OSHA conducted the lowest number of inspections in the agency’s history that year. The lack of inspection likely resulted from COVID-19-related shutdowns, but more analysis is needed to determine how the drop in oversight has affected and will continue to affect safety procedures in construction sites and other workplaces in New York and nationwide.

The report includes several recommendations for addressing the continued risk of construction worker fatalities in the state. Recommendations include training and certification for workers, preservation of New York’s Scaffold Safety Law, expanding criminal prosecutions of unsafe contractors, increasing OSHA’s budget, and increasing the budget for the New York City Department of Buildings. Whether and to what extent any of NYCOSH’s recommendations are implemented remains to be seen.

If you or a loved one has been injured on a New York City construction site and you need dedicated, thorough, and effective representation to pursue your claims, contact the New York construction accident lawyer Leandros A. Vrionedes for a free consultation on your case at 212-889-9362.

By Leandros Vrionedes | Posted on March 23, 2022
Skip sidebar and go to footer