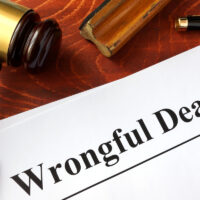 Back in 2008, a 90-year old Staten Island man died shortly after being mauled in his backyard by a couple of pit bulls which belonged to his neighbors. In the three months prior to the attack, nine separate 911 calls had been made by neighbors about unleashed dogs roaming the neighborhood.

Based on the fact that city officials were on notice about danger via the 9-1-1- calls, the victim’s niece filed a civil lawsuit for personal injury and wrongful death against the city police department and health department. The basis of the lawsuit was that officials knew about the problem yet failed to correct it in a timely manner, which led to the victim’s death.

However, in order to hold a municipality liable for negligence connected with its governmental functions, there must be some “special relationship” between the municipality and the injured person that creates a “special duty” for the city to protect that person. Generally, this requires some form of direct contact between the city and the injured party, an assumption of a duty to act on the person’s behalf, and the person’s reliance on the city’s duty. In other words, had the victim personally contacted 911 and been told the matter would be taken care of, then the city may have been liable for his death caused by the city’s inaction. Unfortunately, since the 911 calls were made by neighbors, there was no “direct contact” between the city and the victim and hence no “special duty” to protect him beyond the general duty to protect the public at large. The city is therefore not civilly liable for the personal injury and wrongful death, according to the court. This case, Sutton v. City of New York, et al., was dismissed on August 13, granting the defendants’ motion for summary judgment.

If you or a family member have been the victim of a dog bite or animal attack under similar circumstances, seek the advice of an experienced New York City personal injury lawyer who understands the unique issues in a case involving municipal liability and the requirement of a “special duty” owed to the injured party. Contact Leandros A. Vrionedes, P.C. for a free consultation.