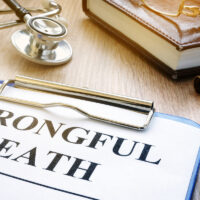 Nearly two years after Joan Rivers’ death, it has been reported that the malpractice lawsuit filed against her treating physicians has reached a settlement. While the amount of the settlement has not been disclosed, the doctors against whom the claim was filed have publicly accepted responsibility for her death.

The procedure which Rivers underwent, ultimately leading to her death, should have been routine. On August 28, 2014, Rivers sought care at Yorkville Endoscopy, one of the numerous outpatient surgery centers which have been licensed by the state of New York in recent years as a substitute to hospital room surgeries. To determine what caused the hoarse voice and sore throat from which Rivers complained, her doctors were slated to perform a laryngoscopy, or examination of her vocal cords and voice box, as well as an endoscopy to examine her upper digestive system, while Rivers was under general anesthesia. However, Rivers would not again regain consciousness.

According to the lawsuit filed by Melissa Rivers, Joan Rivers’ daughter, Rivers’ treatment in the clinic that day was riddled with errors and deviations from protocol. The suit, filed in New York Supreme Court in 2015, claimed that the “star-struck” doctors had been so eager to please that they failed to comply with critical safety rules. One doctor was even reported to take a photo of Rivers with his cell phone while she was on the operating table. Dr. Renuka Bankulla, the main anesthesiologist attending to Rivers that day, became extremely concerned about the breaches of protocol she was observing. She began to take detailed notes, later provided to attorneys, documenting what she saw, already sensing that the fumbled care could have tragic results. As the procedure went on, Bankulla noticed that Rivers’ vocal cords had become swollen, looking as though they could seize up, and warned the other doctors of this. Dismissing her concern as “paranoid,” the doctors continued the procedure.

As Bankulla predicted, Rivers’ vocal cords later closed, which obstructed her airway and prevented her from breathing. Rather than request a crash cart, the typical course of action in such an emergency which would have provided a means to insert a breathing tube, Bankulla looked for the clinic’s ear nose and throat specialist to perform a cricothyrotomy, which consists of punching a hole in the throat. However, that doctor had already left. It took several more minutes for the doctors to request emergency assistance from 911, and by the time help arrived, Rivers had entered cardiac arrest. Ultimately, Rivers passed away seven days later when life support was removed.

Melissa Rivers and her attorneys made clear to the press that this lawsuit was not only intended to highlight the malpractice that occurred in this instance, but also to draw attention to the safety standards governing outpatient surgical centers. The group stated that they would be advocating for new legislation requiring these centers to comply with the same safety standards governing hospitals, in order to prevent the sort of medical malpractice that resulted in Rivers’ death.

If you or someone you love has been the victim of medical malpractice in New York, seek the compensation you need for your medical expenses, pain and suffering, and lost wages by contacting the experienced and trial-ready New York medical malpractice attorney Leandros A. Vrionedes for a consultation on your case, in Manhattan at 212-889-9362, and in Queens at 718-777-5895.

By Leandros Vrionedes | Posted on May 27, 2016
Skip sidebar and go to footer