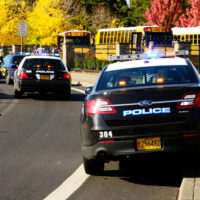 In a recent case that came before the Supreme Court of the state of New York for New York County, Archer v. All American School Bus Corp. et al., the court outlined the limits of a school’s liability for a student’s injuries after disembarking from a school bus, but also noted the bus driver’s responsibility not to endanger his passengers.

The plaintiff in this case is a 12-year-old child, Elijah. At the time of the accident, Elijah lived with his mother in a shelter, but he had requested that the bus driver to always drop him off half a block away from the shelter so that the children on the bus would not see him enter the shelter and thus know where he lived. According to Ivan Prince, the bus driver, Elijah’s mother had consented in writing to this practice and to Elijah walking alone for the remaining half-block toward the shelter.

On the day of the accident in February of 2012, Elijah had been acting out on the bus. The bus matron, Charlotte Harps, wished to speak to Elijah’s mother about his behavior and planned to walk Elijah into the shelter. When the bus reached a point a block away from the shelter, Prince stopped and let Harps and Elijah off the bus. However, while Harps had been holding Elijah’s hand to walk him in, Elijah ran off in the opposite direction of the shelter. Harps continued walking toward the shelter. According to Elijah, he then remembered that he had left his scarf on the bus, got back on to retrieve it, and again exited the bus. Prince testified that he did not see Elijah re-enter the bus. Prince then pulled the bus forward to double-park in front of the shelter, turned off the engine, locked the bus doors, and stood up to monitor the children until Harps returned.

Elijah then remembered another item he had left on the bus and attempted to enter the bus doors but found them locked. Elijah testified that Prince signaled to him that Elijah should walk around the front of the bus to the driver’s side door, with the driver’s door being on the side of the bus where street traffic was moving. When Elijah walked to that side, he was hit by a car. Prince testified that, not only did he not see the accident, he did not learn that Elijah had been hit until he returned to the bus depot at the end of the run. Harps, meanwhile, finished up in the shelter and began walking toward the bus. She noticed that Elijah was being attended to by two adults, and got back on the bus. Harps was also unaware that Elijah had been hit by a car until she reached the bus depot.

Elijah’s mother filed a claim for his injuries on his behalf against Harps and her employer, Rainbow Transit, Inc.; Prince and his employer, All American School Bus Corp.; the City of New York; the New York City Department of Education; and the Board of Education of the City of New York. All defendants filed a motion to dismiss Elijah’s claims against them via a motion for summary judgment, claiming that, even assuming Elijah’s version of events were true, they had no legal duty to prevent the accident that occurred. The court agreed in part, dismissing the claims against the City, the Department of Education, the Board of Education, Rainbow Transit, and Harps. The judge wrote, “Schools are under a duty to adequately supervise the students in their charge and they will be held liable for foreseeable injuries proximately related to the absence of adequate supervision. However, a school’s duty to protect its students from negligence is coextensive with and concomitant to its physical custody and control over its students.” In other words, schools must watch over and keep the students in their physical care safe, but once those students have been released into their parents’ custody, the school has no duty to supervise those children. Similarly, since Harps had express consent to allow Elijah to walk home alone, she did not have a responsibility to supervise him until he walked into the shelter, and thus no duty to prevent the sort of accident leading to Elijah’s injuries.

However, the court allowed Elijah’s claims against All American School Bus Corp. and Prince to move forward toward trial. The judge pointed out that, while the school did not have a duty to supervise Elijah after he safely exited the bus, Prince did have a duty as a common carrier and provider of public transportation to ensure that passengers attempting to board the bus are not injured in the process, and not to direct a child to walk into moving traffic in order to board the bus to retrieve his possessions. The court determined that a trial should move forward to address the conflicting testimony regarding what Prince directed Elijah to do, and whether he breached the duty he possessed towards Elijah as a passenger in doing so.

If you or someone you love has been injured as a passenger on a school bus, MTA bus, or other New York City public transportation, seek out experienced and compassionate legal counsel to represent your interests by contacting Leandros A. Vrionedes for a no-cost consultation on your case, at 212-889-9362 (New York), or 718-777-5895 (Queens).

By Leandros Vrionedes | Posted on April 28, 2016
Skip sidebar and go to footer