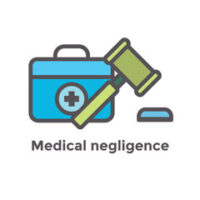 After a car accident sent him to Kings County Hospital with a broken leg, fractured ribs, and a bruised lung, a 27-year-old medical school graduate assured his family he was fine and would recover. When he started struggling to breathe a few hours later, doctors at the hospital placed him into a medically-induced coma. Over a decade later he remains in the coma. The patient’s family sued the hospital and New York City, arguing that the doctors failed to realize the patient was unable to breathe which led to them inducing the coma and the resulting persistent vegetative state. After years of protracted litigation, New York City officials settled out-of-court for $3 million, just a fraction of the total malpractice claims paid by the City in 2017. Read on for more about the malpractice allegations against New York public hospitals and the resulting settlements, and contact a seasoned Manhattan medical malpractice attorney if you’ve been the victim of medical malpractice.

The $3 million settlement is only one of the 198 cases settled by the City in 2017, according to a report by NY Daily News. The highest settlement payout last year was over $8 million after a doctor delayed performing a Cesarean section during a delivery when the baby was not receiving sufficient oxygen, which caused recurring and permanent health problems to the baby upon its eventual delivery. For malpractice claims against physicians for causing severe injuries to newborns, $8 million is well within the normal range of settlements or trial awards.

The $123 million paid by the City in 2017 was actually the lowest payout for medical malpractice claims in the last five years, according to city records. Hospital officials have been working to identify problematic trends in treatments or accidents in order to prevent malpractice-related injuries in the future. Officials also openly admit that they try to settle cases as early as possible to avoid incurring legal fees. Since 2011, the City has paid out over $928 million in medical malpractice settlements.

If you or a loved one has been the victim of medical malpractice in New York, get help seeking damages from a seasoned professional by contacting Manhattan medical malpractice lawyer Leandros A. Vrionedes for a free consultation at 212-889-9362, or in Queens at 718-777-5895.

By Leandros Vrionedes | Posted on October 18, 2018
Skip sidebar and go to footer