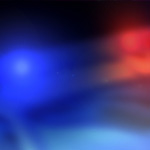 Two notable sexual harassment cases are currently in the news. New York State Assemblyman Vito Lopez has lost his leadership position in the Assembly and may eventually face criminal charges, while a New York City Police Department Deputy Chief is defending himself in a civil lawsuit brought in federal court in Brooklyn.

Assemblyman Vito Lopez was found guilty by an ethics committee of sexual harassment of two staff members. The Assembly ethics committee validated the claims of the former aides that Lopez had groped them and made the workplace difficult for them in retaliation for resisting his advances. Lopez has maintained his Assembly seat at this time, despite some calls to resign. Meanwhile, the Brooklyn District Attorney has called for a special prosecutor to investigate the matter and determine whether criminal charges should be brought.

NYPD Deputy Chief Michael Blake is currently on trial for sexual harassment of female police officers, allegedly trading favorable job treatment for sex, which is the classic illustration of what is known as quid pro quo sexual harassment. This lawsuit also levels complaints against another officer for another type of sexual harassment, which is commonly known as creating a “hostile work environment.” The hallmarks of a hostile environment are unwelcome conduct of a sexual nature that are so severe and pervasive that the workplace has become a hostile or intimidating place for the victim. The complaints in this case involve a police sergeant making sexually inappropriate comments to a female officer. This scenario also involves a quid pro quo element, alleging that the victim was adversely affected in employment for failing to submit to her superior’s sexual advances.

Victims of sexual harassment in the workplace may be able to reverse any adverse discriminatory actions taken against them, as well as obtain money damages as compensation for the legal injuries done to them. There are strict procedures that must be followed in making a claim, however, whether at the local, state or federal level. If you have been the victim or workplace sexual harassment, New York City attorney Leandros A. Vrionedes can help you seek justice. Call for a free consultation.