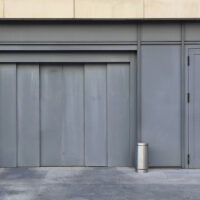 A New York appellate court ruled last month that a contractor cannot be liable for injuries that may have been in part caused by a negligent inspection where the contractor’s actions did nothing to launch “a force of harm” by creating or exacerbating an unsafe condition. The case of Medinas v. Milt Holdings involved a garage employee who was injured when a freight elevator malfunctioned, resulting in a three-story free fall of the elevator while the employee and an SUV were on the elevator. The decision by the Appellate Division of the Supreme Court of New York clarified New York law on a contractor’s liability, which had previously allowed plaintiffs to pursue tort actions against a contractor in such a situation.

The plaintiff, who had been employed at the New York City garage for 18 years, was injured in September 2010 while transporting a Ford Expedition on the garage’s freight elevator. The plaintiff drove the Ford Expedition onto the elevator, got out of the car, and operated the elevator to bring it up to the second floor; but as it reached the second floor, the elevator rapidly descended to the basement level of the garage, causing an explosion. The plaintiff sued the building owner, building lessee, the garage’s managing agent, and a maintenance contractor called The Elevator Man, which had previously serviced and inspected the elevator, and whose liability was the subject of the court’s ruling. The plaintiff argued that The Elevator Man was negligent in failing to perform a proper inspection in May 2010, and that by failing to take actions to remove the elevator from service due to its unsatisfactory condition, the contractor was liable for causing the plaintiff’s injuries.

The freight elevator, which had been constructed in 1921 (a full 89 years prior to the accident), had failed yearly inspections every year from 2004 to 2008, and no inspection was done in 2009. The New York City Department of Buildings had issued a “cease use” order on the elevator in 2009, requiring that the elevator be put out of service until all violations were remedied. The violations were not remedied, nor was the elevator put out of service, and in January 2010, The Elevator Man gave the elevator a satisfactory inspection. In May 2010, a mechanic from The Elevator Man conducted work on the elevator and recommended that its bearings be replaced, but no work was done to remedy the bearings issue.

The court found that The Elevator Man could only be liable to a third party plaintiff (meaning a plaintiff with whom the contractor did not enter into a contract) where the contractor took actions which “launched a force of harm” by creating or exacerbating an unsafe condition. The court ruled that while the plaintiff presented evidence that The Elevator Man “failed to diagnose and correct an allegedly dangerous condition” by conducting the inspection of the elevator and allowing it to continue in use despite its dangers, this was different from creating or exacerbating an unsafe condition; therefore the plaintiff could not pursue a tort claim against the elevator contractor. It is important to note, however, that this ruling did not preclude the plaintiff from pursuing claims against other defendants.

By Leandros Vrionedes | Posted on August 17, 2015
Skip sidebar and go to footer