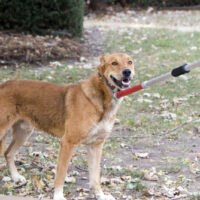 A woman who was bit in the face by an 80-pound pit bull sued the dog’s owner, but unfortunately she was unable to prove that the dog displayed any vicious tendencies or propensities, or that the owner knew or should have known of any such propensity. Because of this, the defendant dog owner was entitled to summary judgment as a matter of law, and the Suffolk County judge dismissed the case on the defendant’s motion instead of letting the case go to trial and be heard by a jury.

To hold a dog owner strictly liable for a dog bite under New York law, the plaintiff must prove that the dog was vicious and also that the owner knew or should have known of the animal’s dangerous tendencies.

This can be shown in a number of ways, such as:

In the case, the court felt the defendant had done his job of showing that he neither knew nor should have known that his dog was dangerous. The judge also felt that the plaintiff failed to rebut this showing. The plaintiff’s arguments that the dog was dangerous included his size and breed and that he was often kept on leash, and also that he was a rescue dog who may have been abused prior to his adoption. None of these arguments were sufficient for a judicial ruling that the animal was vicious.

When you read the case of Bitonti v. McGeever, it seems as though there are plenty of facts in dispute, and factual disputes are what a trial is meant to resolve. A judge should not grant summary judgment to either party when there are “genuine triable issues of material fact.” Perhaps the plaintiff will appeal. While appellate reviews of lower court orders are typically limited in scope, summary judgment decisions are often reviewed de novo, meaning the plaintiff could have a chance to argue her case again and perhaps convince the appeals court that she is entitled to a hearing regarding whether the defendant dog owner should be liable for the personal injury caused in the animal attack.