Golfer Injured on the Course from Trip-and-Fall 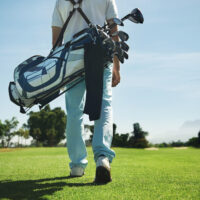 Participants in sports or other dangerous activities are often barred from filing a lawsuit based on injuries they suffered while playing the sport. A recent decision by the Second Department of the New York Appellate Division is an example of when injury victims can still sue after they’re hurt while playing a sport.

The recent decision was issued in the case titled MacIsaac v. Nassau County. The incident that prompted the lawsuit occurred in August of 2012, while the accident victim John MacIsaac was walking between holes on the golf course in Eisenhower Park, located in East Meadow. John tripped on the coupling valve of a sprinkler system that was located in a grass-covered hole. His fall caused injuries that eventually resulted in his death.

Patricia, his wife and the administratrix of his estate, filed a lawsuit against the owner of the golf course, Nassau County. The county attempted to dismiss the claim with a motion for summary judgment, claiming that the lawsuit was barred by the doctrine of primary assumption of risk. The trial court agreed and dismissed the widow’s claim, but the Appellate Division reversed this decision and reinstated the lawsuit.

When New York residents choose to engage in activities that are inherently risky, such as attending a baseball game, going skydiving, or playing an organized sport, they have made what’s known as an “assumption of the risk” that they’ll get hurt by that activity. In other words, the participant is presumed to understand that there is a risk that they could get hurt by playing a sport, and have agreed not to sue the organizers or venue of the sport. This assumption of risk extends to “risks associated with the construction of the playing surface and any open and obvious condition on it,” as the Second Department’s opinion in this case explained (emphasis added).

Note the bold words, however. If a hazard is concealed and isn’t one that the sport participant would expect to find on the course or playing field, then assumption of the risk doesn’t bar the injury victim from filing a lawsuit. Here, the judges concluded that a sprinkler valve that was concealed in a hole grown over with grass was not “open and obvious.” John couldn’t have been expected to see and avoid the tripping hazard, but the county should have anticipated that such a hazard could injure players on their course. The Appellate Division dismissed the County’s summary judgment motion and permitted the widow’s claim to move forward toward trial.

If you’ve suffered injuries from a New York accident, find out if you have a right to money damages by contacting the seasoned and effective Manhattan personal injury lawyer Leandros A. Vrionedes for a free consultation, at 212-889-9362, or in Queens at 718-777-5895.

By Leandros Vrionedes | Posted on September 8, 2017
Skip sidebar and go to footer