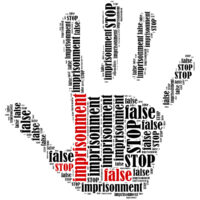 The Court of New York’s highest court, the Court of Appeals, recently issued a decision which permits a woman – who argues that a detective coerced her into signing a false confession after over 20 hours of grueling interrogation – to pursue civil rights, false imprisonment, and malicious prosecution claims against the NYPD officers that arrested her, as well as claims against the City of New York and the NYPD.

The woman suing for malicious prosecution and various civil rights violations is Maria De Lourdes Torres, who had been wrongly arrested and charged with murdering a man named Einstein Romeo Acuna. The NYPD officers investigating the murder first spoke with Torres after linking the phone number in the victim’s call records to the apartment where Torres lived. Torres claimed not to have known the victim when speaking with the officers at her home, but when the officers took her to the station for further questioning, she admitted that she didn’t want to say that she had used the phone to make personal phone calls in front of the apartment owners. The officers questioned her for a time, but eventually permitted her to go home.

Subsequently, the police sought to question her further on two additional occasions, where she admitted to knowing the victim but not to killing him. During one session of questioning, the officers asked if she would submit to a polygraph, and she agreed. According to deposition testimony by Torres, the team of detectives picked Torres up from her home at 7:00 am one November morning, proceeding to test and question the woman for the following 21 hours. After the polygraph was administered, the detective in charge of operating the device called the results “inconclusive,” but the officers nonetheless kept her at the station and continued questioning her. As the day went on, a story began to take shape, purported by the detectives to have been the manner in which Torres killed Avila, but which lacked any evidentiary support. The detectives suggested that a fight had erupted between Torres and Avila, resulting in Avila dragging Torres around his apartment by her hair. They suggested that Avila had smashed Torres’ head against the wall so hard that there may have even been damage to the sheet rock of the wall, and that, while verging on blacking out, Torres had managed to grab a knife while they fought in the kitchen, stabbing Avila in self-defense. However, there was no trace of the woman’s blood anywhere in the victim’s apartment, no damage to the wall, and little sign of a protracted struggle in the manner the confession described.

The officers alternated between one officer berating her for failing to sign and threatening her with arrest, and the other telling her in a soothing voice that she had understandably acted in self-defense, something women had to do all the time. Both said repeatedly that she would get to leave if she signed the confession, which one officer had drafted on Torres’ behalf, and that she’d be helping herself by signing. At 4:45 am—nearly a full day after she was initially brought down to the station—Torres signed the confession, was arrested, and was sent to Riker’s, where she would remain for the length of her criminal prosecution. The detectives provided the confession, which Torres would later claim was entirely falsified, to the District Attorney’s office. While a criminal prosecution was initiated, the District Attorney’s office eventually dismissed the complaint.

Torres filed a lawsuit against the individual officers, the NYPD, and the City of New York for false arrest, malicious prosecution, and violation of her constitutional rights under 42 U.S.C. § 1981 and § 1983. All defendants moved to dismiss the claims, arguing that the arrest was lawful because the officers found Torres’ behavior suspicious. Additionally, the City argued that Torres had failed to show that the City had a custom or practice of committing constitutional violations, which she was required to show to prove a violation of 42 U.S.C. § 1983. The trial court permitted the plaintiff’s claim to be dismissed, and the court on appeal agreed. However, the dismissal was partially reversed by the Court of Appeals.

The Court first explained that a false arrest claim could be made by showing that the arresting officers did not have probable cause to arrest the plaintiff, which is the basic level of evidentiary support required to place someone under arrest. The court found that, in looking at the evidence most favorable to the plaintiff, there was support for an argument at trial that there was insufficient evidence to arrest Torres, making her prolonged detention a false imprisonment. The court then went on to explain how malicious prosecution charges could be sustained by, among other ways, an officer not only using a flimsy and insufficiently-substantial basis for arresting someone, but maliciously providing false information to prosecutors which would sustain the false prosecution. The court, reviewing the evidence in this case in the light most favorable to the plaintiff, determined that the submission of what was alleged to be a false confession to prosecutors could constitute malice by those officers who concocted the false confession. However, the court did not find that Torres could sustain a claim that the City had violated her constitutional civil rights under 42 U.S.C. 1983, failing to see sufficient evidentiary support for the argument that the NYPD and City of New York had a policy of falsely arresting citizens and maliciously prosecuting them.

If you or someone you love has been subjected to a false arrest, malicious prosecution, or other civil rights violation by the NYPD, ensure that you’re compensated for any violation of your rights by contacting the knowledgeable and experienced police and prosecutorial misconduct attorney Leandros A. Vrionedes for a consultation on your case, at 212-889-9362 (Manhattan) or 718-777-5895 (Queens).

By Leandros Vrionedes | Posted on March 9, 2016
Skip sidebar and go to footer