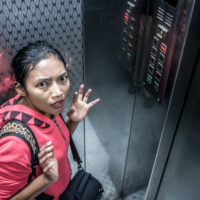 A woman who was injured by an allegedly misleveled apartment building elevator will now be able to move forward with a claim for damages, after the New York Appellate Division rejected the defendants’ attempt to have the lawsuit dismissed. This case was conducted in the First Department, serving New York County (Manhattan) and Bronx County. Learn more about the case of Dzidowska v. Related Cos., LP. below, and contact a Manhattan personal injury attorney if you’ve been hurt in an elevator accident.

The accident at the center of the case occurred in the elevator located in an apartment building at 400 e. 84th Street. Barbara Dzidowska, the plaintiff, was attempting to enter the elevator car when, she claimed, a misleveling issue caused her to fall and become injured. Dzidowska filed a claim against the building’s owners, as well as against their elevator maintenance and repair company, Fujitec. The defendants attempted to dismiss the lawsuit, claiming that they were not negligent in inspecting or maintaining the elevator, and that they did not have sufficient notice of a misleveling issue prior to the accident.

Dzidowska responded to this argument with evidence that cast doubt on the defendants’ claim not to have had notice of the misleveling issue. Dzidowska presented the building’s logbooks and maintenance records, which showed that the elevator in which she was injured had a long history of misleveling. She also showed that Fujitec had performed maintenance on the elevator only one week prior to the accident, and had been called out because the elevator was misleveling. The court concluded that there was more than enough evidence from which a jury could conclude that Fujitec and the building’s owners knew that the elevator was defective.

The court also explained that the legal theory of res ipsa loquitor seemed to apply in this case. Res ipsa loquitor is a term used by courts to describe a type of accident or injury that doesn’t often occur in the absence of negligence, where the defendant had total control over the harmful object, and the victim could not have caused or contributed to her injuries. For example, the doctrine of res ipsa loquitor would likely apply in a claim against an airbag or vehicle manufacturer if the vehicle’s airbag exploded randomly while a car was driving down the street. The court noted that, since the victim had no way of causing the elevator to mislevel, and Fujitec was the only party that could have altered or repaired the elevator, res ipsa loquitor appeared to apply to the misleveling accident. The motion to dismiss Dzidowska’s claim was denied.

If you’ve been hurt in an elevator accident in New York, get help claiming the damages you need as compensation for your injuries by contacting the aggressive and experienced Manhattan personal injury lawyer Leandros A. Vrionedes at 212-889-9362, or in Queens at 718-777-5895.

By Leandros Vrionedes | Posted on January 23, 2018
Skip sidebar and go to footer