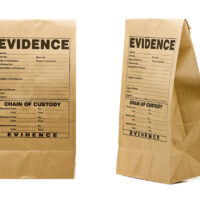 Using the right medical evidence in your personal injury lawsuit can be extremely important. One recent New York car accident case shows how crucial it can be to find an attorney who can successfully use the medical evidence at issue to prove that you deserve to have your claims heard in court.

These motions come up particularly frequently in auto accident lawsuits, such as Hazel v. Colon, on the basis that the victim should not be permitted to sue at all. Under New York’s no-fault auto insurance law, Insurance Law § 5104 (a) & (b), in order to overcome the default rule that victims of auto accidents are not permitted to sue the at-fault driver in court, the plaintiff must show that the accident resulted in an economic loss to the plaintiff of over $50,000, or that the plaintiff suffered a “serious injury.”

There are multiple definitions of what constitutes a serious injury, including death, dismemberment, and the so-called “90/180 day rule.” Where a victim can show that an injury received in the accident prevented the victim “from performing substantially all of the material acts which constitute such person’s usual and customary daily activities for not less than 90 days during the 180 days immediately following the occurrence of the injury or impairment,” then the victim will be permitted to bring a lawsuit to seek compensation for those injuries. Arguments in such cases often center on the degree to which the plaintiff truly was unable to complete daily activities, or, as in the case at hand, whether the victim had a preexisting injury which was truly to blame for the impairment, which would also prevent the plaintiff from pursuing a lawsuit.

The case of Hazel v. Colon involved an auto accident in which the plaintiff, Sandra Hazel, allegedly received injuries to her knee and back. The defendant filed a motion for summary judgment claiming that, according to the expert they hired, the plaintiff’s knee injuries were the result of a degenerative condition and not the accident. However, the plaintiff’s attorney reviewed the report of the doctor who conducted the surgery on Hazel’s knee, and in it found a statement from the doctor that the damage to the knee was caused by trauma related to the accident. The court found that, while the answer to whether the defendant could be held liable was not yet clear-cut, the plaintiff had the right to pursue her claims in court, offering her an improved chance of receiving full compensation for her medical expenses and pain and suffering.

If you have been injured in a car or truck accident in New York, make sure you secure legal counsel who will diligently and zealously pursue legal claims on your behalf by contacting New York City personal injury attorney Leandros A. Vrionedes for a consultation on your case, at 212-889-9362.

By Leandros Vrionedes | Posted on February 24, 2016
Skip sidebar and go to footer