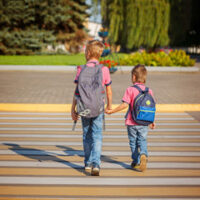 Successful lawsuits based on negligence require that victims prove three essential elements: a duty, a breach of duty, and an injury. This is, of course, a highly simplified summary of how plaintiffs prove liability, with each of these factors having additional sub-elements, but without proving one of these factors, a claim won’t survive. Each of these elements isn’t going to be contested in every case; lawsuits often focus on one. Take, for example, a typical car accident case. Proving a duty isn’t usually difficult; all New York drivers have a duty to the other drivers around them to drive with reasonable care. If they get drunk before driving or allow themselves to become distracted by something in their car and they collide with a neighboring driver, then they have breached that duty to drive safely.

That said, not every person has a duty to every other person. For example, let’s say you made a habit of shoveling your elderly neighbor’s walkway when it snowed, simply as a favor. Eventually, you moved away, and didn’t find someone else to replace you in shoveling the neighbor’s walkway. If a visitor to your neighbor slipped and fell on snow in the walkway, they wouldn’t be likely to succeed in a negligence lawsuit against you for failing to ensure that your neighbor’s walkway was shoveled. While you had taken on that task out of generosity, you didn’t have a legal obligation of special duty to ensure that it occurred.

In a recent case before the First Department of the New York Appellate Division (covering Manhattan and the Bronx), the judges concluded that, while the City of New York had taken on a task in service of its citizens, its failure to carry out that task didn’t result in liability for the City. The case, titled Ivan D. v. Little Richie Bus Service Inc., centered on claims filed on behalf of two children walking to school. The siblings were crossing at an intersection that normally had a crossing guard assigned by the City of New York to help children cross safely, but the crossing guard had called out sick that day. As the children were crossing without help, they were struck by a school bus and injured.

The children’s family filed a claim on their behalf against several defendants, including the City, arguing that the City had voluntarily assumed the duty of ensuring that a crossing guard would help children get across the street safely by providing a crossing guard each school day. The City filed a motion to dismiss the claim before trial, arguing that, even though they had performed this service, they had no legal duty to do so and could not be sued when a failure to provide that service resulted in injuries.

Under New York law, proving the existence of a special, voluntarily-assumed duty created by the City requires showing that 1) the City took on a duty to act on behalf of the accident victims, 2) that the City knew that failing to act could result in harm to the victims, 3) that the City’s agents had direct contact with the victims, and 4) that the victims were justified in relying on the City to act in the same way they had been. In this case, the Appellate Division ruled that, since there had not been direct contact between agents of the City and the injured victims, that no special duty existed, even if the children relied on the crossing guard’s help to get across the street each morning. The claim against the City was dismissed.

If you need seasoned, aggressive, and knowledgeable help in seeking damages after an accident regarding the essential elements including special duty, contact the Manhattan offices of injury and accident lawyer Leandros A. Vrionedes for a free consultation on your case at 212-889-9362, or in Queens at 718-777-5895.

By Leandros Vrionedes | Posted on July 6, 2018
Skip sidebar and go to footer