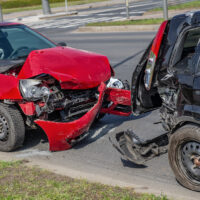 In the recent case of McCloskey v. Nieves, the Supreme Court, Bronx County ruled on an issue involving an all-too common question of who will be liable when one motorist rear-ends another motorist who allegedly “stopped short,” or in other words braked a car so suddenly as to not leave sufficient time for the motorist behind him to stop before running into the first motorist. The plaintiff motorist in McCloskey was rear-ended by the defendant after braking when two other cars cut in front of the plaintiff, and then argued that he was entitled to summary judgment as a matter of law because the defendant did not offer a non-negligent reason for why he hit the plaintiff’s car. The court rejected the defendant’s argument that the plaintiff’s “stopping short” was a non-negligent reason, granting victory to the plaintiff.

The accident occurred on the Cross Bronx Expressway in May 2013. According to deposition testimony, the plaintiff was travelling in the eastbound lanes when two cars pulled in front of him, forcing him to stop suddenly on the expressway. The defendant, who testified that he had been travelling between one foot and one full car length behind the plaintiff, ran into the back of the plaintiff’s car. The defendant argued that he was not negligent based on the fact that the plaintiff stopped so suddenly as to cause the accident, and did not present any other evidence in the deposition regarding fault. Based off this, the plaintiff argued that he should be entitled to summary judgment as a matter of law, which means that the case would not have to be litigated any further to determine fault, because the defendant could not produce a non-negligent reason for why he rear-ended the plaintiff, and therefore there was no possible argument that the defendant could raise at trial for why he shouldn’t be liable.

The court’s ruling thus came down to whether the defendant motorist would be able to argue at trial that a plaintiff’s sudden “short stop” is a legitimate reason for why the defendant was not negligent in rear-ending the plaintiff. The court held that the defendant was incorrect to argue that a plaintiff’s sudden braking is a non-negligent reason, and therefore awarded plaintiff with summary judgment. This ruling was in line with other New York Court decisions on rear-end collisions involving sudden braking by a front motorist with no other causation-related facts.

New York courts have elsewhere found that there are certain circumstances, however, where a defendant can present a non-negligent reason for a rear-end collision and thus avoid summary judgment in favor of the plaintiffs. In Rampersaud v. Parmanand, the Supreme Court, Queens County found that a defendant offered a non-negligent reason for a rear-end collision where the plaintiff proceeded into an intersection but then stopped in the middle of the intersection, leading to a collision. And in Leguen v. City of New York, the same court found that there was also a non-negligent reason offered by a driver where the other driver cut in front of the first driver with less than one car-length distance before stopping and causing the collision.

Despite those exceptions, it’s important to remember that, as stated by the McCloskey court, “It is well settled (in New York) that a rear-end collision with a stopped vehicle creates a presumption that the operator of the moving vehicle was negligent.”

By Leandros Vrionedes | Posted on August 13, 2015
Skip sidebar and go to footer