After 30 Years of Confusion, the Court of Appeals Clarifies the Nonparty Subpoenas Standard 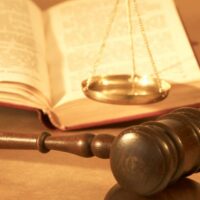 In New York, the standard for enforcing subpoenas on those who are not parties to a case has been anything but standard. Over the years, courts in the Appellate Division have applied different interpretations of CPLR 3101(a)(4). In a recent ruling, the New York Court of Appeals—the highest state court in New York—resolved this 30-year issue.

Before CPLR 3101(a)(4) was modified in 1984, it had higher requirements. If parties wanted to subpoena nonparties, they needed a court order showing “adequate special circumstances.” The current law requires “circumstances or reasons” but not a court order.

The confusion came from interpreting the “circumstances or reasons” requirement. The First and Fourth Departments applied a standard requiring that nonparty disclosure be relevant to the action. The Second and Third Departments required that the party show whether they could get the necessary information from a source other than the nonparty. If they could, and a motion to quash the subpoena was made, the Court would void the subpoena.

In RE: Kapon v. Koch, the Court of Appeals found that CPLR 3101(a)(4) does not require any of the extra steps used by the Second and Third Departments. Since New York has a history of liberal discovery policies, the Court held that the nonparty’s disclosure only needs to be relevant to the action. The First and Fourth Departments’ interpretation is the new standard.

By Leandros Vrionedes | Posted on May 6, 2014
Skip sidebar and go to footer