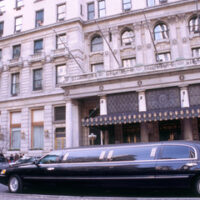 We previously reported on a limousine crash that resulted in the deadliest land transportation accident across in the country in more than a decade. Twenty people were killed in the crash. Now that several months have passed allowing for further investigation, the injury lawsuits have begun. Read on for additional details about the New York limo crash and the ongoing investigation through the first lawsuit filed, and contact a seasoned New York car accident lawyer if you have been injured in a motor vehicle accident.

The first civil case resulting from the limo crash outside Albany was just filed by the parents of one of the victims. The parents of the 29-year-old Albany girl sued the owners and operators of Prestige Limousine, the company that operated the limousine.

The lawsuit alleges that the defendants either “intentionally failed to act knowing that their conduct will probably result in injury and/or death” or “acted with reckless indifference to the health and safety of others” in allowing the unfit driver and limousine to ferry the passengers. As we previously mentioned, the passengers noticed that the limo was in rough shape at the time of the accident. They noted that the air conditioner did not work and that the limo had “painted duct tape” sealing other damage to the vehicle. Moreover, the driver lacked the appropriate license, and the limousine had failed New York State Department of Transportation (DOT) safety inspections.

The design of intersection itself may have contributed to the accident

Potentially mitigating the defendants’ fault, residents of the area suggested that the intersection of Route 30 and Route 30A, where the crash occurred, has a problematic safety record. Residents indicated the “long downhill” has lead to numerous other accidents in the past. The plaintiffs stated that they are looking into whether the state is also at fault because of the dangerous nature of the intersection. New York State Police and the National Transportation Safety Board are continuing to investigate the accident.

The lawsuit names the owner of Prestige as well as his son. Even before this first civil suit was filed, the owners began facing serious legal problems: State police arrested the owner’s son several days after the crash, charging him with negligent homicide for allowing the vehicle to be used after the failed safety inspection. A spokesperson for the DOT stated that the vehicle had been taken out of service after the failed inspection, and the owner was warned not to operate it. Prestige had, in fact, been trying to sell the limo on Craigslist just before the accident.

If you’ve been injured in a New York car crash, get the passionate and experienced legal support you need to seek the damages you deserve by contacting New York auto accident lawyer Leandros A. Vrionedes for a free consultation in Manhattan at 212-889-9362, or in Queens at 718-777-5895.

By Leandros Vrionedes | Posted on November 28, 2018
Skip sidebar and go to footer