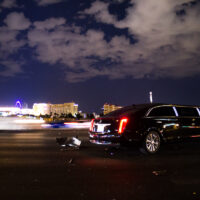 A limousine’s failure to stop at an intersection on State Route 30 near Albany resulted in the deadliest land transportation accident in the United States in 13 years. Continue reading for more about the new York limo accident, and contact an experienced New York car accident lawyer if you have been injured in a motor vehicle accident.

A limo was carrying several young couples on their way to a birthday party at Brewery Ommegang in Cooperstown. The limo was heading southwest on State Route 30 in Schoharie, about 40 miles west of Albany, around 2 p.m. when it failed to stop at an intersection, veered into a parking lot at Apple Barrel Country Store & Café, and collided with a 2015 Toyota Highlander SUV. The impact killed all 18 occupants of the limo, including the driver, as well as two pedestrians who were near the parked SUV. Many of the passengers were residents of the city of Amsterdam, around 20 miles north of where the vehicle crashed.

The cause of the accident has not yet been determined. The owner of the Apple Barrel stated that the limo was going “probably over 60 mph” on the road, which has a 50 mph speed limit, although police were not sure whether the limo was speeding. Scholarie Town officials have acknowledged that the intersection where the crash occurred is on a noticeably dangerous hill. The vehicle was a 2001 Ford Excursion modified into a limousine. Officials have expressed concerns with such modifications, noting that the modifications may affect structural integrity and the overall safety of the vehicle.

The limo failed a safety inspection, and the driver did not have the appropriate license

According to New York Governor Andrew Cuomo, the driver did not have the appropriate commercial license to operate the limousine at the time of the accident. Additionally, the vehicle, operated by Prestige Limousine, failed a New York Department of Motor Vehicles inspection last month. Gov. Cuomo stated: “The owner of the company had no business putting a failed vehicle on the road,” adding, “Prestige has a lot of questions to answer.” Authorities issued a cease-and-desist order to the company while the crash remains under investigation.

The vehicle was apparently in noticeably bad shape; 20 minutes before the crash one of the victims reportedly texted a family member that the limo was in “terrible condition.”

The estate of the driver and Prestige Limousine, the company that operated the limo, could face wrongful death lawsuits from the families and estates of all of the victims of the accident. If the company had reason to believe the vehicle or the driver were unsafe, the company could face astronomical punitive damages.

If you’ve been injured in a New York car crash, get the seasoned and dedicated legal support you need to seek the damages you deserve by contacting New York auto accident lawyer Leandros A. Vrionedes for a free consultation at 212-889-9362, or in Queens at 718-777-5895.

By Leandros Vrionedes | Posted on October 8, 2018
Skip sidebar and go to footer