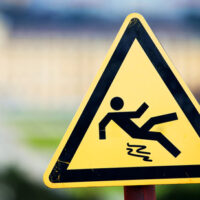 In 2014, we reported on the case of Alcantara v. New York City Transit Authority, where a woman received a substantial award by jury verdict after suffering life-altering injuries when she fell down damaged stairs at a subway stop. In a recent decision from the Appellate Division, the jury verdict has been altered, substantially reducing the amount of the award.

The facts of this care are particularly tragic. Maria Alcantara, then 61 and a resident of the Bronx, was on her way to meet her husband at about 5 pm on a December evening in 2008. It was dark outside as she left her shift at a factory in Brooklyn, making it impossible for her to see the substantial crack in the platform of the stairwell leading to the subway. Alcantara tripped and tumbled down the stairs.

In her fall, Alcantara broke her hip and hit her head, causing a bleed on her brain (known as a subdural hematoma). While she was initially able to talk after her accident, and even testified at a preliminary hearing before she filed her lawsuit, she began to experience severe seizures which robbed her of her ability to communicate in any way other than by waving her hand. Alcantara’s traumatic brain injury caused other neurological effects as well, including an inability to walk other than occasional steps with a walker, despite her hip fracture having healed; memory loss and confusion; headaches; depression; and cognitive defects. At trial, the jury found the NYC Transit Authority (NYCTA) 100% responsible for Alcantara’s injuries and awarded her $5 million in past pain and suffering, and $11 million in future pain and suffering.

NYCTA appealed the judgment, arguing that photographs presented at trial should not have been admitted into evidence. The photographs, taken by Alcantara’s family members four days after the accident, showed newly-poured white cement in what was clearly an old crack in the platform. Several witnesses had testified at trial that the white cement was not present on the day of Alcantara’s accident. NYCTA argued that the jury could not have gained an accurate understanding of the crack in the platform from those photos, but the Appellate Division disagreed and upheld the finding of liability on behalf of NYCTA.

However, the court did take issue with the amount awarded by the jury in money damages. The court ruled that the damages for past and future pain and suffering was a material deviation from what would be reasonable under the circumstances. Essentially, the court used the power granted to it by New York law to modify a jury award in a personal injury case when the court finds that award to be too large. The court offered the parties the option to either conduct a new trial solely on the issue of damages, or to agree that Alcantara should only receive $2 million in past pain and suffering and $3 million in future pain and suffering damages.

If you have been injured in a slip-and-fall accident in New York, seek experienced legal representation to help you get the money you need to recover from your injuries, and contact New York City personal injury lawyer Leandros A. Vrionedes for a consultation on your case, in New York at 212-889-9362, and in Queens at 718-777-5895.

By Leandros Vrionedes | Posted on June 24, 2016
Skip sidebar and go to footer