When is Negligence Gross? 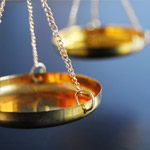 Gross negligence is a legal term of art. In other words, the phrase “gross negligence” has a particular meaning when written into a statute or argued about in a court of law. Ordinary negligence is usually defined as the failure to act with the same level of care that would be expected of any reasonably careful person under similar circumstances. Being negligent in this sense is comparable to being careless or thoughtless. Gross negligence, on the other hand as intentionally acting or refusing to act with reasonable care, often with “reckless disregard” of the consequences to another person.

Proving gross negligence requires meeting a higher standard of proof than ordinary negligence. Vehicle and Traffic law section 1104, for instance, states that emergency vehicles, which are allowed to violate certain traffic laws when responding to an emergency, are only liable for acts of gross negligence in those situations. When not responding to an emergency or while obeying traffic laws, they are liable for any acts of ordinary negligence that cause an accident or injury (see Collisions with Emergency Vehicles). This law recognizes the need for emergency vehicles to sometimes drive with less care than usual, although driving with reckless disregard for the safety of others is not condoned.

The Appellate Division of the Supreme Court of New York, Second Department, recently ruled that the gross negligence standard, and therefore a claim for punitive damages, could apply to certain employment-related torts, such as negligent hiring, negligent retention, negligent supervision, or negligent training. In this case, Quiroz v. Zottola, the driver of a school bus was injured when he was struck by a garbage truck driver. The plaintiff’s complaint alleges gross negligence on the part of the employer based on anonymous complaints of fast and reckless and driving and that the garbage truck driver had one or more violations on his driver’s license.

Obviously, gross negligence is worse than ordinary negligence. It can also be harder to prove than ordinary negligence, so why bother to try? In many cases, proving gross negligence allows the plaintiff to recover punitive damages as well as other personal injury damages such as medical expenses, lost wages, and pain and suffering. Punitive damages are meant to punish the defendant for especially bad conduct and to serve as an example to other members of society regarding intolerable conduct. The worse the conduct is, the more a jury is likely to award as punitive damages.

New York personal injury attorney Leandros Vrionedes thoroughly investigates the law and facts surrounding your accident to determine all responsible parties and the proper amount of compensation that should be awarded, including punitive damages where appropriate. If you have been injured in an automobile accident or other case of ordinary or gross negligence, contact Leandros A. Vrionedes, P.C. for a free consultation.

By Leandros Vrionedes | Posted on September 19, 2012 Tags: When is Negligence Gross?
Skip sidebar and go to footer