What Makes a Cause “Proximate?” 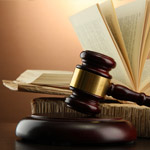 Proximate cause is a legal term of art. It is an essential element of the tort of negligence, whose elements include:

The element of causation can be further broken down into two pieces: factual cause, or cause in fact, and legal cause, also known as proximate cause. Factual cause means that the breach of duty – the negligent act or omission – actually caused the injury. Legal or proximate cause is a little bit trickier to determine. Even if some action or inaction is the factual cause of an injury, there may be some reason why the law does not recognize it as the legal cause. One reason may be public policy: if you attempt to rescue a drowning person and cause damage to another person’s property in the act, the law may say that you will not be held liable for the damage, even though you in fact caused it. Other reasons may include a lapse of time or a superseding or intervening factor. A couple of recent cases from the New York Court of Appeals illustrate these latter two reasons.

In Williams v. State of New York, the court refused to hold the state liable for injuries a woman sustained when an “escaped mental patient” struck her with a bottle. The attacker had been a voluntary patient and had simply left the hospital, and the facts were in dispute whether the hospital should have considered him to have “escaped” and alerted the authorities that he might pose a danger and should be returned to the hospital. The lower courts disagreed then on whether the hospital was liable for negligent supervision or failing to report the “escape.” Regardless, the Court of Appeals dismissed the claim on the grounds that two years had elapsed between the time the patient left the hospital and the time he attacked the plaintiff. The longer the time between the negligent act and the injury, the more speculative it is to say the one caused the other, and the more unreasonable it is to hold someone liable for their negligent act that is remote in time. In this case, two years was too long.

In Tkeshelashvili v. State Of New York, the court refused to hold the state liable for injuries caused to a man who dove from a dam spillway into a lake which unfortunately was only two feet deep at the time. Even if the State was negligent, such as by not posting a warning about the lake’s low water level, there was plenty of evidence that the diver should have known the lake level may have been too low for safe diving. His act of diving without first checking the water level was therefore held to be a reckless intervening cause which relieved the State of any liability it might otherwise have had.

Proximate cause is often a complex issue, as illustrated by these cases which wended their way all the way to the New York Court of Appeals. If you have been injured by the negligence of another, the first step is to talk with a personal injury attorney who can help determine issues such as causation, liability and damages. In New York City, contact Leandros A. Vrionedes, P.C. for a free consultation.

By Leandros Vrionedes | Posted on September 19, 2012 Tags: What Makes a Cause "Proximate?"
Skip sidebar and go to footer