Testing the Limits of the Doctor-Patient Privilege 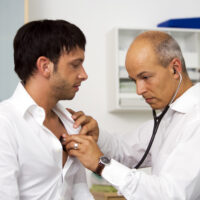 It is important for patients and doctors to trust each other. Patients need to be able to confide in their doctors and tell them everything that might be relevant to their condition, so that the doctors can diagnose and treat them correctly. The law recognizes the need for this confidential relationship and treats certain doctor-patient communications as privileged, meaning that neither the doctor nor the patient can be required to divulge confidential information in court, even if it may arguably be relevant to the case.

Even if the doctor wanted to reveal information, the patient, as the holder of the privilege, could prevent the doctor from doing so, whether in courtroom testimony or in depositions before in trial. The patient can, however, waive the privilege and allow the doctor to testify or be compelled to testify, or to release medical records to the other party’s lawyers. Such a waiver is not always voluntary on the part of the patient, as two recent cases illustrate.

In a personal injury lawsuit, the plaintiff is normally seeking money damages for physical injuries, and perhaps mental or emotional damages as well. Doing so in most cases puts your physical or mental condition “in controversy,” and the other side has the right to request medical records and other documents in order to try to refute your claims about your injuries. As the party requesting the material, it is up to the defense to prove that the information is “material and necessary” to the defense. The question becomes how much material must be released to the defense and how much may remain privileged.

In July 2012, the Appellate Division of the Supreme Court of New York, Second Department, released a slip opinion in Farkas v. Orange Regional Medical Center. This case involved a claim of medical malpractice surroudning a pregnancy and birth. The defendant requested medical records on the mother’s six previous births. The court held that the plaintiff could keep the privilege information from disclosure, but at the same time she would not be allowed to introduce evidence on any matter covered by the privilege.

A month earlier, in Boyea v. Benz, the Supreme Court Appellate Division – this time the Fourth Department – reached an opposite result. In that case, the plaintiff was claiming emotional distress from an auto accident, as well as loss of enjoyment in life, loss of the ability to work and more. When the defense sought the plaintiff’s Social Security Disability records, she withdrew her claim for emotional distress. The court compelled release of the records anyway, allowing that they may be “material and necessary” to the plaintiff’s physical and mental condition she placed in issue.

The law recognizes many types of privileges in addition to the doctor-patient privilege, including the attorney-client privilege and the spousal privilege. Whether a privilege should be maintained or waived depends upon a variety of factors and forms part of the overall trial strategy. Talk to your lawyer (confidentially, of course) about any concerns you have. An experienced personal injury attorney should be able to let you know what to expect in the course of a trial. In New York City, contact Leandros A. Vrionedes, P.C. for a free consultation.

By Leandros Vrionedes | Posted on September 19, 2012 Tags: Testing the Limits of the Doctor-Patient Privilege
Skip sidebar and go to footer