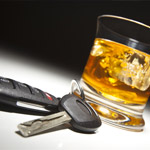 Landowners have a general duty to act reasonably to prevent harm to people on their property. This includes controlling the conduct of third parties on their premises, if they have the ability to do so. However, this duty does not include preventing people from leaving the property, even if they are visibly intoxicated and could foreseeably cause an accident. So said the New York Court of Appeals in the decision of Martino v. Stolzman, released earlier this year.

The accident in this case grew out of a New Year’s Eve party at a private home in 2006. A guest who had consumed alcohol at the party (Stolzman) struck another vehicle while leaving the party; as he backed out of the driveway onto the main road, his truck collided with an oncoming vehicle. The driver of the other vehicle, as well as a passenger in Stolzman’s truck, sued Stolzman, who had a blood alcohol of .14% at the time of the accident, as well as the hosts of the party (the Olivers).

The court’s decision in January of this year is only the latest in a long course of litigation. In 2010, the Appellate Division of the Supreme Court of New York, Fourth Department, indicated that the Olivers could be liable if they knew or should have known that Stolzman left the party in a dangerous state of intoxication. This court also held that the Olivers had the opportunity to control or at least guide Stolzman as he exited their driveway, and that therefore they may have had a duty to exercise such control.

The New York Court of Appeals disagreed. This court held that the Olivers had no duty to assist Stolzman as he pulled out of the driveway nor to warn him of an obstructed view from the street. Moreover, requiring social hosts to prevent intoxicated guests from leaving their property would inappropriately expand the concept of duty, basically turning hosts into insurers of negligent drivers.

No Help from the Dram Shop Act

New York’s General Obligation Law section 11-101 does create civil liability for someone who furnishes alcohol to a visibly intoxicated person who then causes a car accident or other injury. That “Dram Shop” law, however, is limited to the commercial sale of alcohol for profit, so it doesn’t apply to social hosts like the Olivers in this case, who did not sell alcohol but furnished it for free.

New York personal injury attorney Leandros Vrionedes works to hold all responsible parties accountable for their role in causing an injury, leading to greater financial recoveries for his clients. If you or a loved one has been injured in a drunk driving accident or otherwise injured by an intoxicated individual, contact Leandros A. Vrionedes, P.C. for a free consultation.