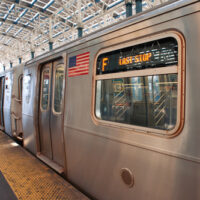 There have been several high-profile New York personal injury subway fatalities over the past few months in the New York City subway system.  These subway train fall deaths have sparked public outcry to improve safety.  Several ideas have been presented to government officials and a new strategy to increase safety has been revealed by the New York City Council.  However, many feel that the new safety campaign will result in little improvement and fatality prevention especially when more assertive, yet completely feasible, suggestions were rejected by the powers that be.

After an emergency council hearing was called by Transportation Commission Chairman James Vacca, a new strategy for the prevention of subway accidents was outlined and will be implemented immediately.  The hearing involved city council members, transit worker union representatives and MTA officials who helped to determine the course of action regarding the need for increased safety.

The new strategy has two basic components: (1) an educational campaign, and; (2) the installation of “Help Points” on subway trains and stations. The educational campaign will include detailed posters, brochures, subway car signs, enhanced train and station announcements and print/online/television advertisements.  The “Help Points” are easily accessible buttons that subway patrons can use to alert subway authorities of an emergency.

On the surface, the results of the meeting appear to be a positive step forward in the goal of preventing or reducing New York City subway train accidents that have often lead to tragic fatalities.  Yet the solution has several justifiable concerns that claim the strategy will have very little positive results.  For one, the educational advertisements will only be aired on transit television, which very few people see.  Also, the “Help Points” present a time consuming system that may be ill equipped to handle split-second emergency situations.  When the button is pushed, a call goes to the rail control center who then notifies the specific train operator of the impending track disruption.  Compounding this delay is the fact that NY subway trains are not equipped with automatic stopping mechanisms common to those available in other city transit systems.

However, the opponents of the new strategy are frustrated with the seemingly passive answer to their cries for help.  Their aggravation is compounded by the revelation that decision makers rejected several suggestions that would have been more assertive.  Some of the rejected suggestions included:

Although each solution was discussed in detail, all ultimately failed to compel implementation.  The reasons given for rejection of the proposals all came down to the most common of all reasons: not enough money.

While it is true that the New York City transit budget may not have the monetary resources to hire additional employees or install high-tech intrusion sensors, the expense argument falls short with regards to the sliding door idea.  Although each station would have to be examined for structural stability and possible reinforcement, the doors themselves are the best price of all: FREE.  Crown Infrastructure Solutions (a group that helped design the JFK airport platform doors) made a presentation at the emergency meeting and offered to install the doors for free.  All the CIS asked for in return was for revenue received from advertising from LED videos that the group would install on the doors.  Unfortunately, there is no adequate explanation to be found as to why this proposal was rejected.