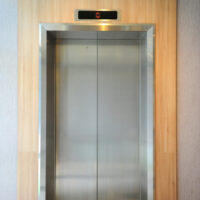 A woman who tripped and fell due (allegedly) to a misleveled elevator sued the property owner, the landlord and the elevator company. The property owner and landlord filed motions for summary judgment on the grounds that they didn’t have any notice of a dangerous condition, and the court ruled in their favor on these motions back in 2014. The elevator company didn’t file its motion in a timely manner, and the court declined to modify its judgment to include them in the summary judgment. This remaining defendant, New York Elevator & Electrical Corp. (NYE&E), appealed that decision in the case of Ezzard v. One East River Place Realty company, LLC.

On May 5th of this year, the Appellate Division held that the court should have modified its ruling to grant summary judgment for the elevator company as well. Even though their motion was untimely, it included all the same issues as the other defendants’ motions, so it would have served the administration of justice to hear all the motions together.

That ruling only applies to the notice-based claims, however. Generally, to hold a property owner liable for an unsafe or dangerous condition, you have to prove that the property owner (or landlord, or elevator service company) had actual or constructive knowledge of the dangerous condition – meaning they either knew about it or should have known about it – but failed to correct it in a reasonable time.

New York courts have applied res ipsa loquitor to elevator malfunctions many times, and the appeals court here agreed that the plaintiff had raised enough facts for a res ipsa loquitor claim to be heard against NYE&E:

By Leandros Vrionedes | Posted on May 27, 2015
Skip sidebar and go to footer