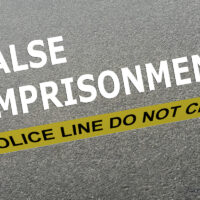 A verdict was delivered recently in a lawsuit brought against a Nassau County police officer and the county alleging that the plaintiff gun store owner was falsely arrested for reckless endangerment and maliciously prosecuted for that offense. The jury agreed with the plaintiff and returned a $5,000,000 verdict, consisting of $2 million in compensatory damages and $3 million in punitive damages. The case was Tretola v. County of Nassau, tried in the United States District Court for the Eastern District of New York.

The plaintiff is in the business of selling and repairing firearms and is the owner of facilities in Seaford and Garden City in Nassau County. A police officer assigned to the Pistol Licensing Bureau of the Nassau County Police Department made an unannounced inspection of plaintiff’s Seaford facility, along with representatives from the Nassau County Fire Marshal, the ATF, the Hempstead Building Department and the Nassau County Bomb Squad. During the inspection, the officer observed a gas heater close to two bullet traps, which are shot at when test firing shotguns and handguns. Considering this situation to present “an extremely hazardous condition,” the officer arrested the shop owner for reckless endangerment, although the arrest didn’t come until a month later. The gas line to the heater had in fact been inactive for over a decade, so there was no actual danger, and it appears that this information was communicated to the officer before the arrest.

Harassment as Payback for Prior Arguments

What led to the inspection in the first place? According to the defendants, an inspection of the dealer’s log books uncovered errors in the recording of a couple of gun purchases. The plaintiff, on the other hand, alleged that the officer used those irregularities as a pretense to orchestrate a raid of his establishment as payback for some disagreements and heated exchanges the two had had previously. It appears the police officer and the plaintiff disagreed about how certain gun purchase paperwork was supposed to be processed, and the officer was made aware that the plaintiff referred to him as a “f—-ing a–hole” who didn’t know what he was talking about. The jury apparently agreed with the plaintiff by finding in his favor and awarding such a large amount of damages, including a large punitive damages award.

Court Reduces Jury Verdict to Just Under One Million

After the verdict, the defendants made several post-trial motions, asking the court either to vacate the judgment as a matter of law, order a new trial, or reduce the amount of the jury award as being excessive. While the judge refused to vacate the judgment or order a new trial, he did significantly lower the jury award, reducing the $5 million verdict to a total of $935,605, consisting of $760,605 in compensatory damages and $175,000 in punitive damages. The court felt this amount was consistent with other awards in other cases where the plaintiff did suffer economic loss and other damages such as harm to reputation and mental anguish, but without any actual physical injury.

While the defendants tried to downplay that any injury or harm had occurred, the judge made it clear the plaintiff’s civil rights were violated and that he was entitled to a significant monetary award.