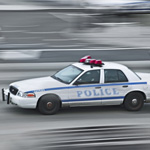 A class action law suit is underway against the New York Police Department in the United States District Court for the Southern District of New York, challenging the constitutionality of its stop-and-frisk policies. This case, Floyd v. City of New York, has been actually been underway for several years. The latest action in the case is that the judge on May 16 certified the case as a class action.

A stop-and-frisk, also known in New York as a stop, question & frisk or SFQ, is a law enforcement tool that has been around for decades and is generally accepted as constitutional. The Fourth Amendment prohibits “unreasonable searches and seizures,” and what is “reasonable” varies according to the circumstances. Not all situations require a warrant or even probable cause to conduct a search. In the case of a stop and frisk, the police may have the right to temporarily stop, or seize, a person and briefly question that person, and also to pat down or frisk the person for weapons to ensure the officer’s safety.

This “pat-down” search could turn up drugs or other contraband, so it is very important to consider whether the initial stop was justified and whether the frisk was limited in scope to a quick search for weapons or was really a pretext to search the person for evidence of a crime. The police should not be able to just stop and frisk anyone they want to; there should be some reasonably articulable suspicion that the person is engaged in criminal activity and may be armed.

The lawsuit filed by the plaintiffs includes allegations of two different constitutional violations. In addition to the Fourth Amendment right to be free from unreasonable searches and seizures, the suit alleges a violation of the 14th Amendment’s equal protection clause. According to court records, black and Hispanic people and are stopped far more often than white people, which could indicate illegal disparate treatment of people on account of their race. The lawsuit alleges that NYPD are purposely targeting black and Hispanic neighborhoods because of their racial composition. The City argues instead that it is concentrating its stops in high crime areas without regard to race.

This case has been certified as a class action because it is believed that most people whose rights are violated will not pursue a claim on their own, and the class action is the best way to put a stop to improper police procedure on a wide-scale basis. Any time your rights are violated, you can do something about it. In New York City, contact civil rights attorney Leandros A. Vrionedes, P.C. if you have been subjected to an illegal search, false arrest, police harassment or other civil rights violation.

By Leandros Vrionedes | Posted on May 19, 2012 Tags: Lawsuit to Stop Illegal Stops
Skip sidebar and go to footer