How Long Do You Have to Sue a Doctor After Surgery Injury? 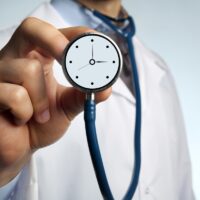 If you suspect that you’ve been injured by a negligent doctor, you need to start building your case as soon as you can. There are legal limits on the amount of time you can wait to bring your claim, and if you wait too long to file, you could miss out on any chance of recovery. Continue reading to learn about the time limit for filing a medical malpractice claim after a surgery injury in New York, and call a knowledgeable NYC medical malpractice attorney if you or someone you care about has been hurt by a negligent physician in New York City.

What is the Statute of Limitations?

The statute of limitations is the time limit for bringing a legal claim. Nearly every type of legal claim, whether civil or criminal, has a time limit set by law. If a plaintiff fails to file their legal claim within the limitations period, then they forfeit their right to bring a claim; the case will be dismissed, absent some special reason for extending the time period (such as if the defendant hid their liability through fraud or the defendant was unable to be sued because they were on the run).

The purpose of the statute of limitations is to ensure that claims are timely brought, while evidence is still available and witnesses’ memories are reliable, as well as to keep defendants from sitting with eternal uncertainty about potential claims against them. Different states, and different types of claims, have different statutes of limitations.

What is the Statute of Limitations in New York for a non-medical malpractice negligence case?

The general statute of limitations for personal injury cases in New York is three years from the date of the injury. In most cases, absent special circumstances, an injured plaintiff has three years from the day they were hurt to file their claims. Under certain circumstances, and with certain types of defendants (such as governmental entities), the time can be longer or shorter.

What is the Statute of Limitations for Medical Malpractice?

There are additional special rules. If the patient could not have reasonably discovered that they were injured due to malpractice until some date well after the negligent act occurred, the limitations period will not start until they discovered (or should have discovered) their injury. For example, if they have heart surgery and three years later experience chest pains, and a new chest exam discovers that the original surgery damaged an additional artery, the patient would have 2.5 years from the date of the new chest exam or the onset of chest pains to file their claim.

Additionally, if the patient was injured because the surgeon negligently left a foreign object in their body (such as a surgical tool), the patient has one year from the date on which they either found or should have found that the object was left inside of them to file their malpractice claim.

If the injured patient was a minor (under the age of 18), they can have additional time to file their claim. A minor has until their twenty-first birthday to file a medical malpractice claim, so long as the negligent act or omission occurred within the previous 10 years.

If you or a loved one has suffered serious injuries as the result of negligent medical care in New York, find out if you might be owed compensation for your injuries by contacting the seasoned and thorough New York City medical error lawyer Leandros A. Vrionedes for a no-cost consultation on your case.

By Leandros Vrionedes | Posted on October 7, 2021
Skip sidebar and go to footer