Highway Construction and Fuel on the Floor 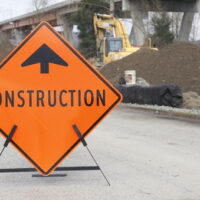 A couple of personal injury lawsuits against New York City were recently resolved in the courts. One case resulted in a jury award of $7.25 million for the injured plaintiff and his wife. In the other case, the court refused to hold the City liable for its worker’s on-the-job injury.

In the case of Gregware v. City of New York, the plaintiff collided with a stopped car on the West Side Highway following a three-car collision that had previously occurred near a highway construction project. This collision was only minor, but as the plaintiff was exiting his car to exchange insurance information, another car rear-ended the plaintiff’s car and injured him. The plaintiff sued the City as well as the construction company in charge of the project for not providing sufficient signage to warn people of the upcoming construction zone. The jury found the City 65% liable and the contractor 35% liable, and awarded $6 million for the plaintiff’s injuries and $1.25 million for his wife. Although the driver who actually struck the plaintiff was also sued, he was found not to be at fault in the accident.

City Not on Notice of Oil Spill in Garage

The plaintiff in Fama v. NYC did not fare as well, unfortunately. This case involved a New York City Department of Sanitation worker who was injured when he slipped and fell on the floor of the garage where he was assigned to power wash the garbage trucks. Fama blamed the slip and fall on a diesel oil spill which may have come from one of the trucks or even from the power washer itself, which ran on diesel fuel as did the trash trucks.

The plaintiff alleged that he had complained several times about such oil spills and that they were a frequent occurrence. This argument is key, because the City could only be held negligent and liable if it had actual or constructive notice of the dangerous condition, or had actually created the danger, and then did not correct the condition or warn others of the hazard within a reasonable time.

The court found that the facts of the case weighed against the plaintiff. The court was not convinced that the City created the condition or had actual or constructive notice of the spill. Specifically, the City did not have notice of that particular spill which caused the slip and fall, and according to the court, “a general awareness that a dangerous condition may be present is insufficient to constitute notice.”

The facts of a case are at least as important as the law in determining the outcome of a personal injury lawsuit. How those facts are prepared and presented is crucial to a successful result. If you have been injured in a New York City automobile accident, construction site accident, or workplace slip and fall, contact Leandros A. Vrionedes, P.C. for a free consultation with an experienced New York personal injury attorney.