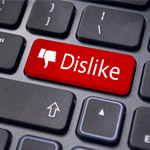 New York Governor Andrew Cuomo on July 9 signed into law a measure aimed at reducing bullying and cyberbullying of children both inside and outside of schools. This law requires school employees to report incidents of cyberbullying or online harassment which they observe or otherwise learn about. Teachers will also be trained to identify and deal with bullying at school under the law.

New York law already requires schools to have policies and procedures in place to deal with school bullying, including a way to report bullying and a requirement that complaints be investigated and resolved. The new law places additional burdens on school officials, requiring employees to report bullying within one day of becoming aware of it, along with a further requirement that a written report be filed within two days of the notice.

This latest anti-bullying measure goes into effect in July of 2013. Even today, however, laws exist that allow you to recover compensation from those responsible for the harmful effects of bullying at school or in the workplace. If you or your child has suffered from bullying or cyberbullying in New York City, contact attorney Leandros A. Vrionedes, P.C. for a free consultation on how to stop the bullying behavior and recover for your injuries.