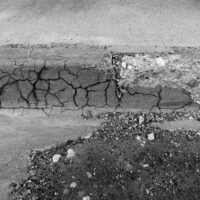 Claims filed by the estate of a fatally-injured fall victim may now move forward toward trial after the Appellate Division rejected the defendant property owner’s attempt to have the claims dismissed. The case illustrates several issues faced by plaintiffs claiming injuries from a trip-and-fall, and the defenses that property owners may attempt to assert.

The case, titled Davidoff v. First Development Corp., was based on an incident at a shopping center in Hauppage, New York. The accident victim, Sheldon Davidoff, was walking through the shopping center parking lot with his wife, Marilyn, at the time of the accident. Marilyn claimed that her husband stepped onto a cracked curb, fell backward, and suffered injuries which were ultimately fatal.

Marilyn filed a lawsuit against the shopping center’s owners as an individual and as the administrator of her husband’s estate. The defendants filed a motion to have the claims dismissed. They argued that Marilyn could not identify the precise cause of Sheldon’s fall. They also argued that the condition of the cracked curb was so clearly evident to passersby that the shopping center should not be held liable for Sheldon’s negligence in failing to avoid it.

The court’s opinion explained that a defendant is entitled to have a trip-and-fall claim dismissed if the plaintiff can’t accurately identify the reason for the fall. If mere speculation that negligence on behalf of the defendant was the reason for the fall, then the plaintiff’s claim should not move forward. In the case of Sheldon’s fall, however, Marilyn had testified in a deposition that the damaged curb was the reason Sheldon fell. The court ruled that this was sufficient evidence to support the lawsuit moving forward to trial for a jury to consider.

The defendant property owners had not provided any warning of the cracked curb to customers of the shopping center, which the plaintiff claimed they were obligated to do. The defendants disagreed, arguing that the cracked curb was an “open and obvious” condition, and that no warning was required under the law. Normally, property owners have a legal duty to provide warning of dangerous conditions on their property to visitors to help visitors avoid injury. However, New York law holds that, when a dangerous condition is so clearly visible to anyone paying a reasonable amount of attention to where they’re going—a so-called “open and obvious” condition– property owners are not required to warn visitors of the condition. In this case, the court decided that the defendants hadn’t produced a sufficient amount of evidence showing that the condition was open and obvious, and allowed the claim to progress toward trial.

If you or someone you love has been injured in a trip-and-fall in New York, contact the skilled, effective, and trial-ready Manhattan personal injury lawyer Leandros A. Vrionedes for a consultation on your case, at 212-889-9362, or in Queens at 718-777-5895.

By Leandros Vrionedes | Posted on March 14, 2017
Skip sidebar and go to footer