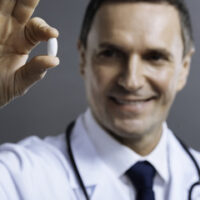 As research in recent years has shown, medical mistakes are to blame for a tragic number of deaths in the US each year. The country is currently facing an epidemic of prescription drug abuse, and doctors and nurses are not immune from falling victim to substance addiction. In fact, the easy access to prescription drugs and high stress involved in working in the medical field make some medical professionals even more likely than the average person to seek escape through drugs and alcohol. This sort of substance use can have tragic consequences for the patients treated by an impaired health care worker. Learn more below about the problem of substance use and abuse among doctors and nurses, and contact a dedicated Manhattan medical malpractice attorney with any additional questions.

Official data on substance use and abuse among doctors shows that between 6% and 10% of medical professionals have substance abuse problems. This rate mirrors that of substance abuse among the general population. However, one study found that the rate of drug use, as opposed to abuse, among health care providers was roughly five times higher than among average Americans. When interviewing physicians with drug abuse problems, many explain that these problems developed out of an urge to self-medicate their stress, anxiety, or depression. Research shows that, with easy access to prescription drugs, doctors who use drugs are more likely to use powerful narcotics or sedatives than the average individual.

Analysis of reports of disciplinary actions taken against medical professionals, recorded in the National Practitioner Data Bank, showed that registered nurses are the category of health care worker most likely to have faced discipline based on substance abuse. The total number of incidents where registered nurses faced adverse actions based on substance abuse outnumbered that of actions against doctors by a multiple of almost six. Even when considering that there are roughly three times as many registered nurses as doctors, nurses’ rates of discipline for substance problems greatly outpace that of doctors.

Research has also shown that drug abuse rates among health care workers rise when looking at higher-stress fields. As a result of this trend, the rate of drug abuse among emergency room doctors is three times’ the rate found among other physicians. Unfortunately, ER medicine is a field where a doctor’s mental acuity is critical for patient survival. A skilled lawyer representing patients injured by a medical mistake will investigate the possibility that the healthcare worker involved was impaired by drug use at the time of an error, which could alter the award of damages to which a victim is entitled.

If you or someone you love has been the victim of medical malpractice in New York, enlist skilled legal help in seeking the damages you’re owed by contacting the seasoned, professional, and trial-ready Manhattan medical mistake lawyer Leandros A. Vrionedes for a consultation on your case at 212-889-9362, or in Queens at 718-777-5895.

By Leandros Vrionedes | Posted on November 2, 2018
Skip sidebar and go to footer